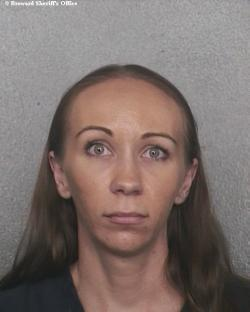 In 2012, Heather Hironimus and her son's father, Dennis Nebus, signed a parenting plan that included an agreement to have their son circumcised.

The following year, Nebus decided to go through with the procedure. The father "has testified he thinks circumcision is 'just the normal thing to do' and he decided late in 2013 to press for it after noticing his son was urinating on his leg," the Sentinel reports. "The father says the boy has a condition called phimosis, which prevents retraction of the foreskin, but the mother has said there is no such diagnosis."

But by this time mother Heather Hironimus had changed her mind. Her attorney, Thomas Hunker, argued that the procedure would unnecessarily expose the boy to risk:

"This is a potentially life-and-death situation," Hunker said, contending that the child doesn't respond well to general anesthesia and is prone to scarring that could further harm his genitals if he survives. He further argued the circumcision is not "reversible" and violates his right to bodily "integrity."

Reporter Marc Freeman has been following the story for the Sun Sentinel Media Group and says the case has spawned courthouse protests and a loyal group of circumcision opponents trying to raise money for the mother.

“It’s an unprecedented legal battle as far as anybody knows, there’s never been anything quite like this concerning a circumcision," Freeman told WLRN. "So it’s touched off a lot of debates about what parents have in terms of rights to have medical treatments with their children. That may have been an area that would have been further expanded upon had the federal lawsuits gone forward, but now that’s all over. So it still can be a public debate, it just might not be a court debate.”

Last May, a Palm Beach County Circuit judge ruled that the boy’s father had the right to go forward with the circumcision. Heather Hironimous went into hiding with her son and was arrested last week. She’s being held on charges of interfering with custody.

Reporter Marc Freeman says it’s unclear at this time how the child’s father plans to proceed. For more on the case, read Freeman's story here.

A woman who fled with her son while fighting to prevent his circumcision is due in a Florida courtroom.

Heather Hironimus has been ordered to appear Tuesday with her 4-year-old son before Circuit Judge Jeffrey Gillen in Delray Beach.

Gillen found the woman in contempt after she missed a hearing Friday. He said she had until 2 p.m. Tuesday to return with the boy and consent to the procedure or she'll face jail.

Hironimus agreed to circumcise her son but then changed her mind, leading to a long court fight with the boy's father. Judges have sided with the father.

A judge expressed skepticism Monday that a long-running court battle over a Florida boy’s circumcision amounted to a constitutional issue worthy of being argued in federal court after being exhaustively litigated in state courts.

In the first hearing on the issue in federal court, U.S. District Judge Kenneth Marra questioned the attorney for the boy’s mother, Heather Hironimus, over the legality of proceeding with the case when a state judge had already ruled.

The case of a Florida woman who fled to avoid her son's circumcision is entering a federal courtroom for the first time.

Thirty-one-year-old Heather Hironimus was arrested Thursday in the long-running dispute over the removal of her 4-year-old child's foreskin.

She went missing with the boy nearly three months ago and ignored a judge's warnings that if she didn't appear in court and give consent for the circumcision to proceed, she faced jail.