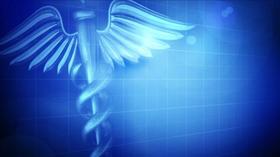 Rural Hospitals are having trouble providing health care to their patients, and officials say the Florida Legislature’s budget plan isn’t likely to help.

It may not seem like a large workload, but when the administered funding is significantly less than the cost of providing healthcare to patients, it can take a toll.

Stone says rural hospitals like his are frequently underfunded.

“Between 2015 and 2017, we were paid approximately $2.5 million less than the cost of what the care to provide to those patients cost us. Our cost is about 42 cents on the dollar, and we were getting reimbursed about 20 to 21 cents on the dollar,” Stone says.

The reason for the lack of funding is the cutbacks Florida lawmakers have made on Medicaid.

It varies by Hospital, but nearly half of rural patients rely on government plans like Medicare and Medicaid.

Stone says this has strong-armed many hospitals into cutting specific programs. DeSoto Memorial Hospital recently closed its maternity care services due to these budgetary restraints.

“We’re significantly being underpaid for the service we provide. Some would argue: ‘Well, that’s the institution’s problem,’ but Medicaid is a program we’re mandated to participate in, and to provide that care to patients. So, if we’re going to stay in business, exist in our communities, support our communities, be a pillar from an economic standpoint. We can’t afford to take losses like that,” Stone says.

But, Rep. Jason Brodeur (R-Sanford) argues the issue rural hospitals are facing is their rural nature.

“You know, one of the challenges that rural hospitals have is the fact that they are rural. So, if you see a decline in the number if people going there, that is going to put any business in trouble,” Brodeur says.

On top of that drop in patients, many rural hospitals also face the issue of providing care to uninsured patients who may not be able to afford the care they receive.

That is one reason hospitals are wary of the state’s budget plan. The Senate’s proposal offers $50 million in new funding for hospitals to balance last years cuts. But, the House’s budget plan would include an additional $2.9 million cut to rural hospitals.

Bruce Rueben is the President of the Florida Hospital Association. He says the House’s budget continues the trend of underfunding.

“The House proposal basically is used as a tier formula, identical to the one used last year. And, it does not include the 50 million in non-recurring revenue that was applied last year. So, the total cut is a lot higher, at 651 million, than it was last year,” Rueben says.

Sen. Anitere Flores (R-Miami) says she cannot say for sure what the funding difference for rural hospitals will be between the House and the Senate, but admits it will come down to what the leaders of both chambers agree on during budget negotiations.

Rural Hospitals Struggle To Stock Expensive Drugs That Could Save Lives

Berry couldn't talk. Her face was drooping on one side. Her eyes couldn't focus.

"She was basically unresponsive," Langston recalls.

After 45 years of providing health care in rural western Missouri, Sac-Osage Hospital is being sold piece by piece.

Ceiling tiles are going for 25 cents, the room doors for an average of less than $4 each, the patient beds for $250 apiece. Soon, the remnants of the hospital that long symbolized the lifeblood of Osceola, population 923, will be torn to the ground.

A law that allows rural hospitals to bill Medicare for rehabilitation services for seniors at higher rates than nursing homes and other facilities has led to billions of dollars in extra government spending, federal investigators say.

Most patients could have been moved to a skilled-nursing facility within 35 miles of the hospital at about one-fourth the cost, the U.S. Department of Health and Human Services' inspector general said in a report released Monday.

Gov. Rick Scott last year bragged that the Trump administration had agreed to steer $1.5 billion in supplemental Medicaid funding to the state, saying at the time the money will “truly improve the quality and access to health care for our most vulnerable populations.”

Florida might consider imposing work requirements on adults enrolled in the state’s Medicaid program, a move some critics contend would be “cruel” for poor people who rely on the safety-net program for health care.