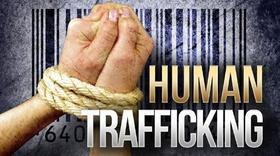 “If you look at the numbers previous to that tool being implemented, I would tell you that the numbers are inconsistent at best,” said Carroll, during a Statewide Council on Human Trafficking meeting months ago.

The goal of the Human Trafficking Assessment tool—which has been in place for more than a year—is to assess factors like how many instances involve running away, sexual abuse history, or prostitution.

But, a recent OPPAGA [Office of Program Policy Analysis and Governmental Accountability] report states there are concerns over the tool’s effectiveness. DCF’s Child Protective Investigators have complained the screening questions are too broad, redundant, and time consuming. In fact, some admitted they don’t even use it for fear of intimidating victims. But, while DJJ staff members have said the tool is lengthy, the report does say they did not have any issues using it.

One of the many focuses of this year’s upcoming Human Trafficking Summit may be on Florida’s lesbian, gay, bisexual, and transgender, or LGBT community.

Helping young human trafficking victims and making sure juveniles get the help they need are among the legislative goals of two state agencies that deal with children.