The private board in charge of handing out funds from the BP oil spill is developing its application process. But sparsely populated Gulf Coast counties are worried they could lose out on some of the settlement money. 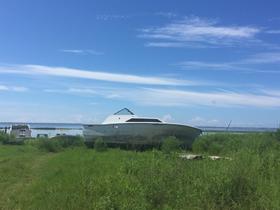 Municipalities and agencies from Escambia County to Wakulla are drafting their pitch to win some of the settlement money from the Deepwater Horizon oil spill. The Triumph Gulf Coast Corporation will handle the $1.5 billion fund, which could go to projects like public roads, wastewater plants, education, workforce training, local ad valorem tax rate reductions, and grants for local governments' disaster response.

Former State Senator Don Gaetz steered the legislative process of creating the corporation while in office, and now he sits on its board.

"I would hope that two years from now, three years from now, five years from now, 12 years from now, we can say and more importantly the people of Northwest Florida can say, 'Triumph Gulf Coast made a difference in chances and prospects of our children and grandchildren being able to compete for and get jobs. Good jobs that they otherwise would not have gotten in this economy'," Gaetz said.

Gaetz says the legislature first created the organization in order to diversify the economies of the eight counties affected by the BP oil spill: Escambia, Santa Rosa, Walton, Okaloosa, Bay, Gulf, Franklin and Wakulla. Gaetz wants the Panhandle to develop jobs that don't solely depend on the region's military installations and the Gulf of Mexico itself.

"My hope is that as you consider a method of evaluating proposals, that there are metrics that measure economic diversification," Gaetz said. "To what extent does this place, this project place a third leg under the stool of our economy?"

The board is in the midst of developing an application process in order to solicit project ideas from local governments and organizations. Pensacola Mayor Ashton Hayward is encouraging his colleagues in elected office to organize their proposals now.

"I urge all my colleagues to be organized and ready," Hayward said. "We don't want to slow the process down because I strongly believe we need to show the Legislature that we are spending these dollars the way the statute says and move forward and move quickly."

But some of the smaller counties in the area are worried the application process could put them at a disadvantage. Joseph Parrish chairs the Franklin County Commission.

“I’m here to speak for the small counties, Gulf, Franklin, Walton. I got three clerks in my county office, a county planner, and a couple more staff…that’s all!” Parrish said. “I don’t have all these staff to sit together for the last three or four months and put together multi-million dollar projects. It’s gonna take us a little while...Does that mean we don’t have needs? No it does not.”

Local governments and residents are urging the Triumph Gulf Coast Board to keep the selection process open-ended and flexible.

"I believe in objective, measurable criteria, but I'm not really a big fan of strict scoring systems. You can game the system for points and end up with not a great project but you got the points," he said. "I'd like to keep the judgemental of the board in the selection process rather than just rubber stamping what went through a strict scoring system."

The board hopes to have a draft application in place by September.

The Gulf Coast Ecosystem Restoration Council is unveiling its plan for 2017 and looking for public feedback.

Gov. Rick Scott has until next week to decide on a proposal to create memorials for the victims of the shuttered Arthur G. Dozier School for Boys. He also has one week to act on a measure that will send BP oil-spill settlement money to Northwest Florida counties hard hit by the 2010 Deepwater Horizon disaster.