With more than 260 cases of theZikavirus confirmed in Florida, Democratic lawmakers are calling for congressional action.

The Obama administration is requesting the funds to develop vaccines and diagnostic tests.

On a phone call to reporters Thursday, Department of Homeland Security Deputy Amy Pope said the stakes are high.

“Zika is an emergency. We need for Congress to treat it that way,” Pope said. “There are already hundreds of pregnant women in the United States that have been diagnosed with Zika.”

“This is not a time to play political games. It’s a time to compromise and get something done,”Schumer said.

Florida Senator Bill Nelson said he requested theZikafunding to be sent back to the House as a standalone bill. 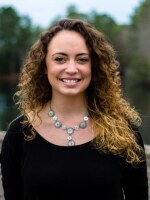 Sarah DeNicolais
Sarah is a senior studying multimedia journalism at the University of North Florida. She first discovered her passion for journalism and production when she was a teenager at an art school in her hometown of West Palm Beach.
See stories by Sarah DeNicolais
Black Mental Health
We highlight the stories of Black Floridians seeking emotional healing and wellness.
Coronavirus
Coverage of the coronavirus pandemic on Health News Florida.
Learn More
Health News Florida
NPR
Special Report
WUSF is reporting on how distribution of the COVID-19 vaccine exposes inequities in Florida’s health care system.
Read More
Related Content