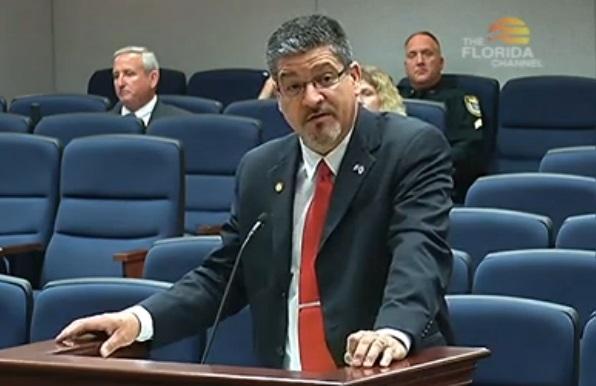 The Florida House is close to amending the state’s Civil Rights Act to prohibit pregnancy discrimination.  It’s a symbolic move, and far from a sure thing, but lawmakers are happy to see it moving forward.

Thursday, the Judiciary committee approved an amendment to the Florida Civil Rights Act, and the bill is now waiting for a vote by the full body.  The measure adds pregnancy as a unique, protected class in state statute.  Protected classes are groups defined by characteristics like race, religion, or skin color, and it’s illegal to discriminate based on those attributes.

That case was Delva v. Continental Group, Inc.  Peggy Delva was a front desk manager for a high-rise condominium owned by Continental.  When she told her employer she was pregnant, her employer stopped allowing her to cover shifts for other workers and when she returned from leave, she couldn’t get any shifts at all.  She brought federal and a state cases against Continental, but withdrew the federal one.  In the state case, Delva argued Continental violated the Florida Civil Rights Act’s protections against sex discrimination.

But Continental argued while pregnancy is protected under federal law, the state doesn’t have that category.  Justice Barbara Pariente worked through Continental’s position during oral argument.

“Congress amended the statute, but [Continental’s] argument is because Florida did not, it’s somehow, therefore, it must reveal an intent not to include it,” Pariente said.

“I feel uncomfortable, frankly, with that argument,” she continued, “because it seems to me, that pregnancy discrimination is gender-based, it’s sex discrimination.”

The Court released its opinion just about a year ago, and Pariente wrote the opinion for the majority.   The court held the Florida Civil Rights Act’s protection against sex discrimination does include pregnancy, and it sent the case back to the lower court to be retried.  But the House bill’s other co-sponsor, Rep. Lori Berman (D-Boynton Beach) says adding pregnancy as a protected class has been a party priority for years.

“Florida Democrats have worked long and hard for this legislation,” Berman says, “Sen. Debbie Wasserman-Schultz fought for this bill in 2002, so we’re talking well over a decade that we’ve been trying to get this into the Florida legislature.”

Berman filed the bill in the House last year.  It made it to the floor but didn’t get a final vote.  Berman had more than 15 co-sponsors, but all of them were Democrats.  This year, with freshman Republican Cortes on board, Berman’s measure may have a better shot.  Rep. Dave Kerner (D- Palm Springs)—himself the beneficiary of bipartisan co-sponsorship—says lawmakers should do more to work across the aisle.

“As Rep. Spano said yesterday, it’s amazing what we can get done when we’re not worried about who takes the credit,” Kerner says.  “So, to Rep. Cortes, thank you for stepping up with Rep. Berman.”

Kerner joined Rep. Ross Spano (R-Riverview) in sponsoring two human trafficking bills that are on their way to the House floor as well.  But to put a little perspective on all this optimism, it must be said, there are a lot of bills jostling for attention, and it’s not like last year’s pregnancy bill faced any real resistance in committee.  Although the pregnancy bill has made it to the floor, it’s still a long way from being law.

The state's civil rights laws include the protection of women discriminated against for pregnancy, the Florida Supreme Court ruled Thursday.

The opinion finds that the intent of current statute, though not explicitly addressing pregnancy, protects individuals based on gender.

In a 6-1 decision, the majority justices apply their ruling to the case of plaintiff Peguy Delva, who was working for South Florida real estate developer Continental Group when she became pregnant.

The U.S. Supreme Court heard arguments Wednesday in a case that could affect how pregnant workers are treated on the job.

Peggy Young was denied a request to go on ‘light duty’ by her employer- UPS. Instead, she was put on unpaid leave and had her health insurance suspended. The supreme court will decide if an employer who accommodates the medical needs of non-pregnant workers must do the same with pregnant workers. A ruling isn’t expected until this Spring.