PriceCheck: The Cost Of Health Care In The Sunshine Economy

Sometime before the end of this year, the state of Florida will have a new website with health care prices for patients. It's the result of a 2016 law and a five-year, $6.1 million  state contract that was finalized earlier this month.

The biggest health insurance providers in Florida are expected to contribute prices to the website: Florida Blue, Aetna, United Healthcare, AvMed and others. Under the law, these health insurers will have to share the prices they pay to Florida health care providers on behalf of their patients.

These millions of prices for various procedures will go toward Florida’s most serious effort yet toward price transparency for health care.

"I am not intoxicated with price transparency," said Health Care Cost Institute Executive Director David Newman. "It is not a silver bullet." The nonprofit group based in Washington, D. C. will build the website for the state of Florida. 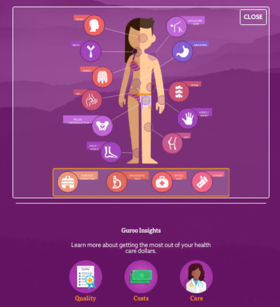 The institute already runs a site -- Guroo.com -- where it uses health-care claims data from patients of three health insurers to provide average prices for almost 300 of the most common procedures. From MRIs to hip replacements, diabetes to an annual doctor’s visit, all of these procedures are included. It shows an average cost paid to providers by the insurance companies sharing their data.

A Florida-focused version of that is what Newman expects to launch here before the end of the year. It is the result of state legislation passed and signed into law last spring.

According to the contract between the state and Health Care Cost Institute, there are two categories of health insurers who are supposed to share their claims data. The first one includes companies providing health insurance to state workers, such as Florida Blue, Aetna and AvMed. The second group are statewide Medicaid managed-care plans, usually administered by companies such as Molina, Simply Healthcare and Sunshine Health. Other health insurers who offer coverage through employers in Florida may contribute their pricing data, but they are not required to.

But as WLRN News has reported previously, insurance companies negotiate what they will pay for certain procedures with health care providers, and oftentimes both insurance companies and providers claim their prices are protected from public view because they are trade secrets or covered by nondisclosure agreements.

Newman doesn’t anticipate a problem, though. "Florida is not the first to require this sort of delivery of data. And to my knowledge I don't know that anyone has had problems with that."

WLRN: So frankly it hasn't been tested yet whether or not those Florida insurers are going to claim trade secrets or non-disclosure agreements when being required to share that contracted claims reimbursement rate with your firm.

Beyond simply providing patients with a "reference price" for health services, Newman says the effort is aimed at "sophisticated buyers." These are large employers and in South Florida's economy, which is dominated by small and medium-sized businesses, those tend to be government bodies like county governments and school districts, as well as large medical systems.

"If you can get local governments, unions and employers paying health benefits to  get together and put downward pressure on prices," Newman said, "and those prices end up on a public website, everyone in the locality benefits. That's the benefit of price transparency." 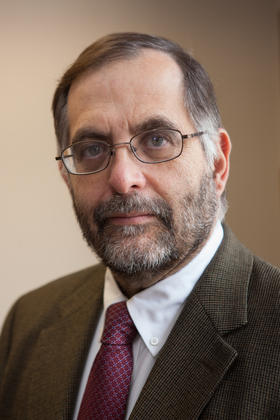 HCCI's current health cost transparency site includes data from Aetna, UnitedHealthcare and Humana. Those three, along with Kaiser Permanente, also account for 96 percent of the institute's financial contributions. The Florida College of Emergency Physicians said the selection of HCCI to build the price database "goes against the goal of creating an independent and transparent web tool, and their financial relationship with insurers raises concerns about their objectivity and validity of their data."

But Newman denies that there is any conflict. He said he has asked doctor groups and hospitals for funding as well, however, "at every opportunity where they've had the opportunity to give money they have politely declined. I believe that this initiative needs the support of all stakeholders in the health care system."

Health-care providers such as hospitals and doctors groups also caution consumers that pricing data alone isn’t enough. The state’s price transparency effort will include some type of quality information, but Newman with the Health Cost Care Institute points out quality measurements have their own challenges.

"Consumers also rely heavily on the recommendations of family members and friends that trump the quality metrics," he said.

PriceCheck: Paying Cash For An MRI May Be Less Painful

Health News Florida's database of costs for common health care procedures is growing. PriceCheck now contains thousands of entries for health care providers. We're also getting a lot of feedback from listeners who have stories of their own about navigating the billing process.

House members continued moving forward Tuesday with a plan that would give patients a cut of the savings if they can find health-care services at a lower cost than what insurers would ordinarily pay.

Health care costs are a pain. That's why Health News Florida has PriceCheck, an online tool to help you compare costs of common health procedures. This week on Florida Matters we're featuring people who shared their own frustrations and sticker shock!

Florida patients could soon have access to more information about the average costs of their prescription drugs.

Florida is making a database of medical procedures and the average price patients should expect to pay for them.

Members of the House Health and Human Services Committee got a preview of what it may look like Tuesday.