Map Of Gulf Of Mexico Fisheries Prepares For Future Disasters

A study seven years in the making by University of South Florida researchers has created a map of how many species live in the Gulf of Mexico. This will give experts an idea of how much damage would take place from a future oil spill.

The study took so long to complete because 12 separate expeditions were needed to cover the entire Gulf, including the waters off Mexico and Cuba. USF biologist and professor Steve Murawski said this information will be priceless.

"One of the criticisms of the Deepwater Horizon episode is before the spill, we had no environmental baseline for many of the things that are of interest and importance, and understanding the environment," he said, "and now we have that baseline."

Surprisingly, Murawski said researchers didn't see a significant dropoff in the numbers of fish around the oil spill site, except for red snapper and hake.

"Different areas of the Gulf are going to be more or less resilient, based on how many species they have," Murawski said. "What the state of fisheries management is -- that is, are we protecting the larger, older animals -- so that's been a big lesson for us."

He said knowing what's out there will allow fisheries managers to look at making those areas more resilient in the future to any possible oil spills.

Here's some more information from the USF College of Marine Science:

Throughout the course of 12 separate research expeditions, marine biologists systematically caught 15,000 fish of 166 species from 343 locations. They divided the Gulf into six zones, to help best differentiate population changes. The most notable decline since the disaster is of the red snapper and southern hake in the northern Gulf, the location of the Deepwater Horizon oil spill.

Overall, fish were most abundant in the northern and northwestern Gulf. Much of that has to do with increased fishery protections and the area producing more phytoplankton, the foundation of the aquatic food web. The average sizes of fish were larger there compared to the West Florida Shelf, Yucatan Peninsula and Cuba where fewer large predators exist. The species compositions and size data provide a basis for evaluating resiliency to overfishing, climate change, pollution, habitat loss, invasive species and other stressors on fish populations.

Specimens from the surveys continue to be tested for oil residues, other organic pollutants and heavy metals.  Overall the degree of oil contamination of fish from the northern Gulf continues to decline, although no areas assessed so far are oil free. The goal of this research is to establish just where the oil contamination baseline is in the aftermath of Deepwater Horizon.

In addition to USF, the team consisted of researchers from Texas A&M University-Corpus Christi, National Autonomous University of Mexico and the University of Havana. The research was funded by the Gulf of Mexico Research Initiative (GoMRI), which was established through a $500 million financial commitment from BP to study the environmental impact of Deepwater Horizon. 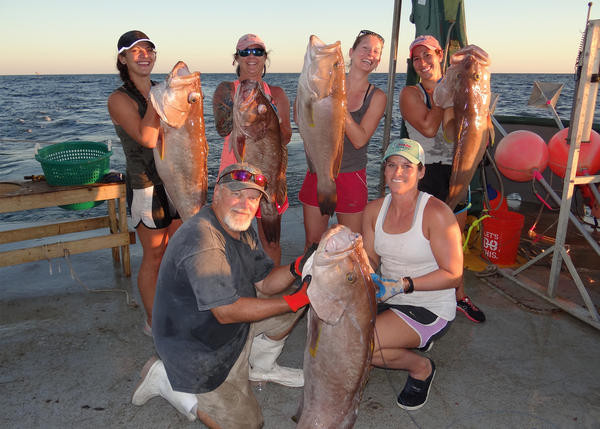 BP settlement money is headed to new water and sewer lines for an industrial park, technical-education programs in two counties and expansion of the Port of Panama City.