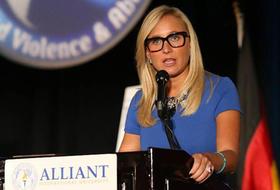 A statewide ban on the controversial drilling method stalled last session in an environmental spending committee when the Republican chairman refused to hear it.

But the new committee chair is Democratic Senator Lauren Book, a ban co-sponsor. Book says she will support the bill if it reaches her panel.

“We are continuing to look at that issue, because, again, our environment is a national treasure and we must do all that we can to make sure that it is being kept safe.”

The more conservative House, where the Florida Petroleum Council has greater sway, remains a major obstacle. The lower chamber has repeatedly refused to hear a statewide fracking ban.

The push by Florida's largest power company to charge customers for out-of-state fracking investments is dead, putting an end to a pair of big-money fracking fights this session in the Florida Legislature.

A proposal allowing Florida Power and Light to charge customers for exploratory natural gas drilling has cleared a key senate hurdle, despite numerous consumer concerns. The company calls the move a hedge against future fuel increases.

Bill Would Allow Companies To Charge For Outside Fracking

Florida power companies may soon be able to charge customers to fund out-of-state fracking projects under a measure that is moving ahead in the Florida Legislature.

The fate of a statewide ban on hydraulic fracturing appears sealed now that a powerful Republican is calling it quits.

A rally to drum up support for a bill that would ban fracking for oil and gas in Florida is expected to draw people from around the state Wednesday morning on the steps of the state capitol. Hundreds are expected to attend from throughout the state.

The rally will feature appearances by State Senators Jack Latvala of Pinellas County and Gary Farmer of Fort Lauderdale. They're backing a bill to ban the practice of hydraulic fracturing, or fracking, that has been introduced by Sen. Dana Young of Tampa.