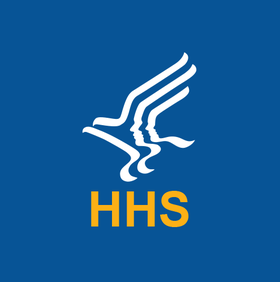 The federal government says non-Medicaid expansion states could be doing more to help people with substance abuse and mental health disorders. According to the U.S. Department of Health and Human Services, more than 300,000 uninsured Floridians with such disorders could be treated if Florida expand Medicaid under the Affordable Care Act.

The main reason people with mental health and substance abuse disorders end up in the criminal system is for minor crimes resulting from an untreated condition. That’s according to a Florida legislative analysis. Governor Rick Scott has approved a new law to steer those people into treatment programs. The U.S. Department of Health and Human Services’ Richard Frank says Florida could get more funding to bolster its efforts if it expanded Medicaid under the Affordable Care Act.

“By expanding Medicaid, you have an important new opportunity to fund a bunch of the most important tools in dealing with that--medication assisted treatment, early intervention programs and the like," he said.

Federal figures show 309,000 Floridians with mental health and substance abuse issues are uninsured but would qualify for Medicaid if Florida expanded eligibility. But Florida leaders continue to reject the additional federal funding.

Florida continues to hold out

The 2016 lawmaking session ended on time this year without any consideration of accepting billions in federal funding to increase eligibility and add more people  to the state's Medicaid rolls. The issue bitterly divided lawmakers in 2015. The Senate wanted to expand, but the House did not--causing an abrupt end to the session.

Louisiana recently became the 31st state to expand Medicaid under the Affordable Care Act, putting Florida in the minority which have not, and the federal government is trying to sweeten the incentive to holdouts.Vikki Wachino, deputy administrator of CMS, and director, Center for Medicaid and CHIP Services. says more money could be on the table.

“States that expand receive 100 percent federal funding through 2016. Ninety-five percent through 2017. And 90 percent in 2020 and beyond," she explained. "The President has proposed to extend the 100 percent matching rate for three years to any state that newly expands.”

Florida opponents say they don’t trust the federal government to continue funding the program at the levels promised, and are concerned about the impact expansion will have on the state budget beyond 2020.

Supporters say there are still too many Floridians uninsured.  An expansion of Medicaid means Florida would use the federal dollars to  add more people to the program, and they would receive expanded insurance benefits for programs like mental health and substance abuse.

Gov't Report: 8 States, Including Florida, Had Significant Drop In Uninsured

Eight states, including Florida,  saw a significant drop last year in the number of residents going without health insurance, according to a government report out Tuesday that has implications for the presidential campaign.

With the third year of open enrollment under way on Healthcare.gov, President Barack Obama is focusing his efforts on people eligible to buy policies on the insurance marketplace.

Political battles over expanding Medicaid in states including Florida are important, but not as easy to win, he told WUSF in an Oval Office interview Thursday.