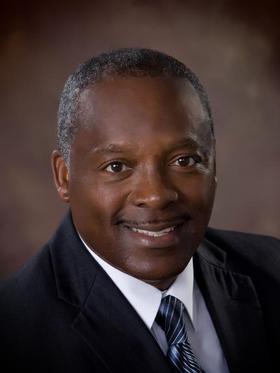 Governor Rick Scott has selected nine people to serve on his hospital funding commission.  The formation of the groups as all or part of a major federal healthcare funding program expires next month.

One of the appointees is  former Gadsden county commissioner Eugene Lamb. He's currently serving on Tallahassee Community College’s Board of Trustees. Lamb says he never applied to serve on Scott’s commission but got a call from the Governor's office saying his name had, "come up".

"They asked me if I had an interest in serving, and anytime I can serve to help the citizens of the state of Florida, I don’t hesitate," Lamb said.

Lamb says he wants to know more about how hospitals are funded and is looking forward to a discussion on redistributing profits to smaller, rural hospitals. Gov. Scott has raised the idea that hospitals share profits to offset a potential loss of a federal program that reimburses hospitals for uncompensated care. The issue is at the center of a legislative budget standoff.

A complete loss of the low-income pool could turn into a billion dollar hole in Florida’s budget, and the House and Senate are at odds over what, if anything to do about it. Some hospitals say they could close if the money goes away and there’s nothing to replace it, and their lobbyists are backing the Senate’s plan to expand Medicaid through the Affordable Care Act, as a solution—the House and Governor are opposed.

Scott’s Commission on Healthcare and Hospital Funding will look at profits, and expenses, executive and lobbyist pay, charity care, and health outcomes. Scott has recommended hospitals share their profits to offset any potential losses should LIP be eliminated.

Several lawmakers volunteered or requested to serve on the review commission, but none were selected. The group includes several business owners and members of college and university boards of trustees, as well as a member of the Florida Board of Medicine. The legislature reconvenes June first to hash out a budget for the upcoming fiscal year.

Gov. Rick Scott’s call for an investigation of hospital finances, officially issued this week, had a familiar ring to Floridians in the health-care industry.

“My first thought was, ‘Gee, didn’t we just do that?’” said Linda Quick, president of the South Florida Hospital and Healthcare Association. She was one of those asked to testify at a 2011 hearing held by Scott’s first hospital-financing panel, created shortly after he was sworn into office.

Gov. Rick Scott on Monday appointed nine people --- none of them hospital executives, and only one of whom appears to have significant medical experience --- to a commission meant to examine the economics of health care and hospitals in Florida.

The appointments to Scott's Commission on Healthcare and Hospital Funding came as industry officials are still digesting the governor's call to have hospitals share profits like Major League Baseball teams if federal officials decide not to extend a $2.2 billion program that helps pay for the care of uninsured patients.

Gov. Rick Scott on Monday announced his nine appointments to a commission tasked with examining hospital finances, naming only one health care professional to the commission and a chair that has been a frequent donor to the governor and other Republican causes.

The governor has gone on the attack against hospitals over a fight to expand Medicaid and extend federal funds that help hospitals who care for Medicaid and uninsured patients. The issue is creating a potential $1 billion hole in the state budget.

Florida Gov. Rick Scott, a longtime opponent of "Obamacare," made a startling announcement shortly after his mother's death, going on TV two years ago to explain that he had dropped his objections to President Barack Obama's health care overhaul.

The Republican governor, a former hospital executive who entered politics running TV ads against the Affordable Care Act, said then in 2013 that his mother's death had changed his perspective, and that he could no longer "in good conscience" oppose expanding health care coverage to nearly 1 million Floridians.