An Unknown Future For Military Caregivers Of Post-9/11 Veterans

The wars in Iraq and Afghanistan have drafted more than a million family members into caring for returning wounded and injured troops. They've been called "Hidden Heroes" - the military caregivers of Post-9/11 veterans.

They are mostly young spouses with young families or aging parents who never expected to take on the role.

Patti Katter's world changed the night her husband returned from Iraq. Army Sergeant Ken Katter survived two roadside bombs that hit his truck in May 2007 with what were thought to be minor injuries, a concussion and ruptured eardrums. So, he remained in combat for his full 15-month deployment and didn’t come home until October 2007.

"We had dinner together and probably within an hour, he didn’t remember eating. I thought he was just very sleep deprived because he’d just gotten home. So I just kind of blew it off a bit," Patti Katter recalled about his first night home from Iraq.

But that same night, Ken Katter had a seizure while sleeping and without any time to prepare Patti Katter was thrust into the role of military caregiver.

"I really put my foot down and I said you need to go to the doctor," she said. "He was having not only memory issues but he was in a lot of pain. He was frustrated very easily."

Her husband saw a doctor about a week later. Over a series of months and medical appointments, Ken Katter was diagnosed with a traumatic brain injury, a blown disc in his neck, a back injury, hearing loss, the list goes on from complex symptoms such as seizures to simple things like he can no longer remember how to write his name in cursive. 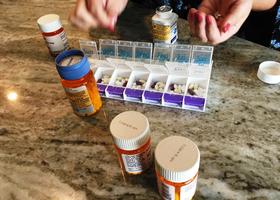 Inside the Katter home just northeast of Sarasota, a bouquet of bright red roses sat prominently in the kitchen pass through. Patti bought them for herself.

“It’s important to love yourself,” she said. “Ken’s not, he doesn’t emotionally attach anymore. So I’ve learned. I know he loves me. I have no doubt about that, but I’ve also learned to love myself better.”

Ken Katter’s “invisible” injuries also left him with balance problems and other medical issues that prevent him from holding down a job or doing even small household tasks like hanging ceiling fans.

But he counts himself lucky. He has all his limbs and can walk. His seizures are under control so he can drive again – even though he has a tendency to get lost, he now uses GPS to guide his travel. 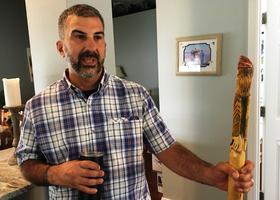 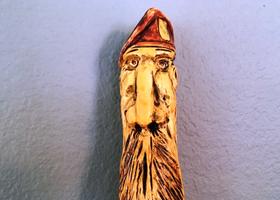 For the last decade, Patti Katter has managed her husband’s medical appointments, medications and rehabilitation. She initially homeschooled their three children so it was easier to see the myriad of doctors. And she took care of the household too.

Then three years ago, the stress overwhelmed her.

“I wasn’t suicidal, but I was in a dark place. Not only was I dealing with being a caregiver, I had a mom who had cancer and my dad was unhealthy,” she said.

She learned to care for herself and found a job with a non-profit, Hope for the Warriors. She now works from home helping other military caregivers navigate the system. And she is a fellow with the Elizabeth Dole Foundation that advocates for military and veteran caregivers.

“So many of these young spouses in their 20s and 30s (are) suddenly realizing that they’re going to be caregivers probably for the next 50 years if not their entire life and no one was handing them a manual,” said Steven Schwab, executive director of the Dole Foundation.

The Dole Foundation did a scientific survey of military and veteran caregivers to find out what they needed. The Hidden Heroes Report found that respite care topped the list, followed by the need for mental health support and training.

“These caregivers – especially the Post-9/11 caregivers - are struggling from high rates of depression and anxiety. They’re incredibly isolated,” Schwab said. “They feel alone and in most cases are alone without a support system.” 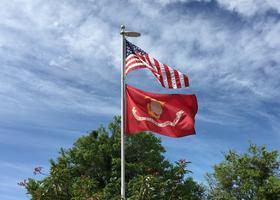 That’s why former U.S. Sen. Elizabeth Dole started the foundation. It does research and offers innovation grants to organizations, caregiver fellowships, and a national registry of more than 200 vetted caregiver resources.

The Department of Veterans Affairs also has a special program for caregivers of Post-9/11 veterans severely injured in the Iraq and Afghanistan wars. It provides financial help and other services.

“The majority of our veterans in this program do have post traumatic stress, mood disorders and TBI,” said Cynthia Fletcher, a caregiver support coordinator at Tampa’s James A. Haley VA. “So, the caregivers are struggling with those behavioral disturbances, those mood disturbances which can be very challenging.”

Fletcher said the VA also operates a caregiver support line, 1-855-260-3274, for military caregivers of veterans from all eras. She said it received more than 57,000 calls last year.

And the VA secretary asked Congress in March to expand the Post-9/11 caregivers program. Of particular concern to caregivers like Patti Katter is what happens 20 or 30 years from now should her husband’s memory problems worsen and she is unable to cope.

“Or what if something happens to me, who is going to take care of him?” Patti Katter asked. “Our kids have been very resilient. They love their father, but I don’t want that to fall on their plate.”

The VA estimated about 4,000 caregivers would qualify for its Post 9-11 program. But almost 25,000 were enrolled within four years. So, the VA has been scrambling to fill the immediate demand leaving little time to consider the long-term needs of veteran caregivers.