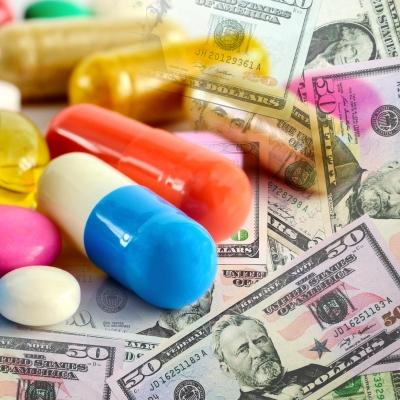 Last year, lawmakers in Tallahassee fought over how to fund health care for uninsured Floridians. Now two new reports say county leaders are the ones who really need to be concerned.

Funding for charity care—called Low Income Pool or LIP funding—is a match between state and federal money. And in Florida, that state contribution is funded by taxes from counties through a process known as intergovernmental transfers (IGTs).

Under the Affordable Care Act, federal funding for LIP is going away as states are urged to expand Medicaid in its place.

With that in mind, the reports out this week by Florida Legal Services—a non-profit that advocates for people in poverty—estimate that over the next five years, cuts to LIP funds will mean a loss of 15,000 jobs and more than $8 billion of personal income for Floridians.

The authors say there will be less incentive for counties to chip in taxes if their hospitals aren’t going to get as much out of it. From the report on the impact across the state:

“Prior to the 2015 session, and the new federal agreement governing LIP, there was tremendous local incentive to contribute to the IGT program. Counties and local taxing sources were not only assured that their local safety-net providers would receive the amount submitted on the provider’s behalf, but a significant dollar increase, ranging between 8.5 percent and 147 percent, as well. ... However, as of FY 20216-17, there is no longer a guaranteed rate of return in the LIP program—much less such a lucrative rate.”

And, they say, county leaders need to start preparing for stresses on the safety net health care systems.

In the report on the impact to Miami-Dade County—which is expected to see one of the biggest drops in funding—the authors outline what county officials will likely have to deal with:

“… the cuts to LIP are so deep that it will be impossible for even well-funded local safety-nets, such as Jackson, to maintain even limited charity care programs without significant additional funds.

Questions for County Leaders and Stakeholders:

-Whether services for uninsured county residents under local charity care program(s) will remain the same or be reduced; and if the decision is made to maintain the program(s) at current level, what will be the necessary increased local revenue source?

-What should be done with local funds previously submitted to Tallahassee on behalf of specific local providers as IGTs?

-Given that future LIP dollars can only be used for verifiable “charity care,” what consumer protections should be provided to uninsured county residents who are eligible for charity care programs at local LIP recipient hospitals?

-Can local dollars be used to leverage additional funds for delivery system reforms related to improving outcomes and lowering costs?”

A final report from Gov. Rick Scott’s Commission on Healthcare and Hospital Funding is recommending that Floridians should be able to find out ahead of time what it will actually cost before going into the hospital for non-emergency treatment.

Abortion clinics would have to meet strict new licensing requirements under a bill being considered by the Florida Legislature.

In an issue watched closely by doctors, hospitals and insurers, a House panel Tuesday approved a proposal aimed at protecting patients from surprise charges when they need emergency care.