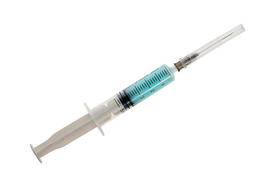 New legislation expanding a needle-exchange program moved through both the Florida House and Senate today.

Last year, Florida lawmakers passed the Infectious Disease Elimination Act, also known as IDEA. It created a pilot needle exchange program at the University of Miami. Lawmakers voted Wednesday on whether to expand the exchange program, so the Department of Health can establish similar programs across the state.

Senator Oscar Braynon of Miami Gardens was a longtime sponsor of IDEA. Now, he is eager to expand the pilot program to the rest of Florida through Senate Bill 800.

Dr. Hansel Tookes is from the University of Miami, and also in strong support of the bill. He founded the IDEA Exchange, and says the program has already saved hundreds of lives from overdose.

“Everybody keeps asking me as I walk through the Capitol, is this program successful?" Tookes said. "We started handing out NARCAN less than a year ago, and we’ve saved over 350 lives in that time. I think that that’s all you need to know to know that IDEA is successful.”

Besides saving lives, Tookes said, the program makes economic sense. He said 10 percent of program participants have HIV, and that 50 percent have Hepatitis C.

“Those infections cost Jackson Memorial hospital $11.4 million last year," he said. He said the health savings across the state could be huge. “These are all preventable infections. HIV is about $400,000 to treat over a lifetime; Hepatitis C is about $80,000 to cure. As we start to prevent these infections across our state and make a meaningful response to the opioid epidemic, since this is an appropriations committee, I would like to say, we will save the state hundreds of millions of dollars.”

Michael Rajner is an activist from Broward County and a social worker by training. He said programs like the needle exchange are important to de-stigmatizing HIV. He also said the program allows greater access to recovery for injectable drug users who may not be able to go into full, residential treatment.  “These programs are so important to act as interventions to pull someone into care treatment to ensure they’re a healthier person and fewer transmissions of HIV and Hepatitis are happening state-wide," he said.

The bill requires new programs, like the pilot, to receive funding through private grants and donations. It prohibits any use of state, county, or municipal funds.

A House Committee also saw a similar bill Wednesday. Representative Shevrin Jones sponsored House Bill 579. He said lawmakers amended that bill to allow accredited medical schools to administer new programs. Both of those bills passed their committees unanimously today. If they pass in their full chambers, they will go into effect July 1.

On a recent Tuesday morning, Emy Martinez walked around a couple of blocks in Overtown, looking for used needles to deposit in the sharps container in her backpack.

She didn’t find any.

Fight The Opioid Epidemic, All Agree. But Strategies Vary Widely

It's no secret why drug users come to George Patterson in a mall parking lot just outside Phoenix to get their clean needles, syringes and other supplies on Tuesday afternoons, instead of heading to the pharmacy down the street.

"It's really low-barrier the way we are doing it," Patterson says. "All you have to do is find us."