More Jacksonville Businesses Might Have To Hang Human Trafficking Signs 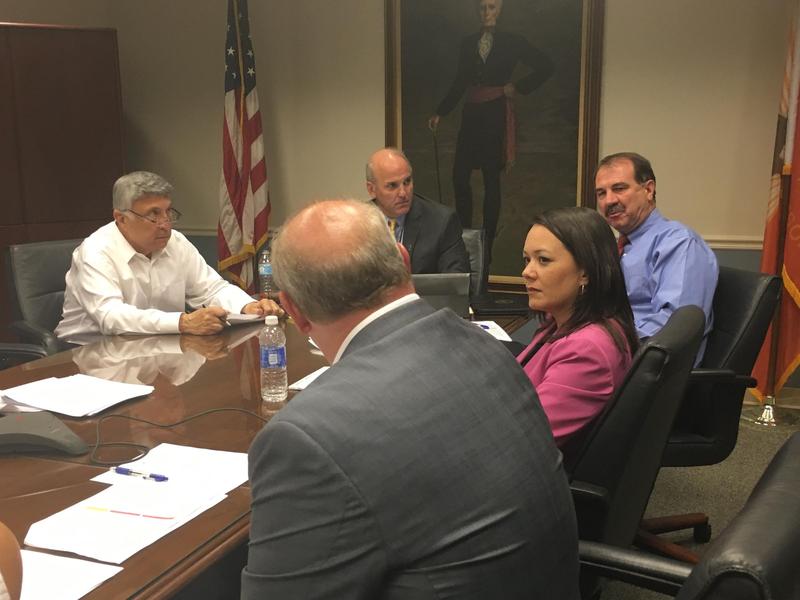 The Jacksonville City Council is advancing a bill that would add hotels to the list of businesses required to post human-trafficking awareness signs. The council’s Neighborhoods Community Service, Public Health and Safety committee approved it Monday morning.

State law requires the signs, which include the phone number for the National Human Trafficking Resource Center hotline, (888) 373-7888, be posted in strip clubs and massage parlors. Under a city ordinance, those businesses can be fined $500 if they don’t post the signs.

“Right now that is where we get most of our cases from are from hotels, whether they’re along the (Interstate) 95 corridor or out by the airport or at the end of JTB and Baymeadows area,” Wolfson said.

Lt. Richard Buoye with Jacksonville Sheriff’s Office’s Integrity Unit said hotels would have to post the signs in back room areas for their employees to see.

“One thing I’ve found out is our best cases always come from someone who either lives or works in that area and they know that area and something just isn’t right,” he said.

City Councilman Tommy Hazouri is sponsoring the bill.  He’d planned to also add food service establishments to the list but said it included too many types of businesses like food trucks, and enforcement would be difficult. He said he may seek to add the requirement back for certain restaurants with future legislation.

“We might narrow (restaurants) down based on capacity,” Hazouri said.

He said he’d eventually like to get awareness out to people involved in domestic work like housekeeping and lawn care.

Hazouri’s bill will go before the Rules Committee this week before the full Council has the opportunity to vote on it.

Although a 2015 state law requires the signs in strip clubs and massage parlors, labor trafficking often happens in different types of establishments.