State health care regulators showed up unannounced for a third time at a federal Veterans Administration Hospital in Florida and asked to view patient records.

That visit to James A. Haley VA Hospital in Tampa Wednesday appears to be part of a tug-of-war between Gov. Rick Scott and federal VA hospitals. 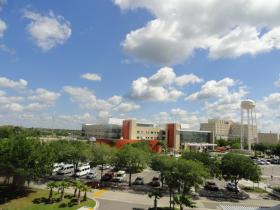 The governor ordered state inspectors to review VA hospital records and conditions after a national VA investigation indicated that delayed treatment may have led to the deaths of three patients and injury of several others in the VA network that includes Florida, south Georgia, Puerto Rico and the U.S. Virgin Islands.

Yet, inspectors from the Florida Agency for Health Care Administration (AHCA) showed up at Bay Pines Tuesday and at Haley Wednesday according a Haley VA public information officer.

“They asked to inspect our records and we’re working with them taking their concerns,” Karen Collins, James A. Haley PIO, said. “Basically, (the) VA is dealing with it on a regional and national level and to work with the governor’s office."

Collins said the VA has responded and offered to meet with the governor and state regulators.

However, ACHA did not acknowledge the VA’s invitation. Instead, the agency sent out a press release within hours detailing how two surveyors arrived at Haley Veterans Hospital at 9:41 am and left at 10:02 am “after being declined the opportunity to review any processes.”

Later in the day, the governor's press office sent out a release:

Governor Scott said, “For the third time, AHCA inspectors were turned away from a VA hospital. I will continue to call for the VA to allow state surveyors to review their processes until the unanswered questions are addressed. I expected the VA to be open to an independent analysis, but they remain close-minded to my calls for accountability and transparency.

“The safety of our veterans is of paramount importance and they deserve answers. My office stands ready to dialogue with the VA about their lack of transparency, and with every VA hospital that turns away state inspectors, my concerns are more heightened, not diminished.”

In Washington, the House Committee on Veterans Affairs held a hearing Wednesday on the "Continued Assessment of Delays VA Medical Care and Preventable Veteran Deaths."

The prepared statement for John D. Daigh, Jr., M.D. from the Office of Inspector General, Department of Veterans Affairs, is available here.

Inspectors with the Agency for Health Care Administration have been turned away from yet another VA medical facility, the Tampa Tribune reports. They’re trying to investigate reports of  injuries at VA facilities, but they left the  C.W. “Bill” Young VA Medical Center in Pinellas County Tuesday without the information they were after. A similar incident happened last week at a VA facility in West Palm Beach.

Two surveyors from the Florida Agency for Health Care Administration were denied access to records and escorted out of the VA  Medical Center in Riviera Beach on Thursday when they tried to inspect it,  the Palm Beach Post reported.