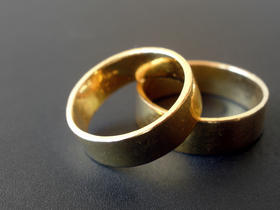 Florida Senators have approved a measure closing a loophole that allows child marriage. The bill is being called historic. If the proposal passes the full legislature, the group, Human Rights Watch, says it will be the first of its kind in the country.

Right now in Florida a child can marry with permission from their parents—or a judge if the girl is pregnant. The measure approved by the state Senate would bar anyone under the age of 18 from receiving a marriage license. Republican Senator Lizbeth Benacquisto is pushing the bill an effort to protect people like Sherrie Johnson who was forced to marry at the age of 11.

“Ms. Johnson was raped at a very young age by her deacon at church and when it was found out that she was pregnant her parents did the unthinkable. They forced her to marry the man who impregnated her as a child,” Johnson said.

Johnson is now an advocate against child marriage. The House Judiciary Committee is scheduled to hear the measure Thursday morning.

Florida lawmakers are on the verge of prohibiting marriage for minors.  Identical measures have one committee left in the House and Senate, but some conservative lawmakers want exceptions.

Woman Who Married At 11 Seeks To Change Florida Marriage Law

Sherry Johnson was 11 years old when she was forced to marry her 20-year-old rapist through a loophole in a Florida law that doesn't set a minimum age for marriage if a girl is pregnant.