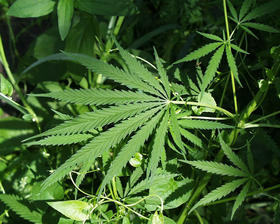 Florida health officials are under fire for the slow implementation of the latest medical marijuana law.  State lawmakers are rejecting the department's excuses.

A new state law directed the office of medical marijuana to issue 10 new dispensing licenses by October 3.  They didn’t make the deadline.

“We want to move this process as quickly as possible forward,” Florida Office of Medical Marijuana Use director Christian Bax told a Senate health panel.

“The problem is that there is a branch of government that is not represented in this room right now,” he went on, pointing to pending litigation against his office, “They have a say over whether or not something is procedurally correct, administratively correct or constitutionally correct.”

“So are you saying that you are willing to hold off on issuing any further licenses as required by statute because you have litigation filed?” she asked.  “Is that what you’re saying that you’re going to wait until this litigation is resolved before you issue any additional licenses?

Young spent a good chunk of this year’s session attempting to corral the different ideas senators had for medical marijuana.  Lawmakers in both chambers tangled so long over what would make it in the final bill that they didn’t reach an agreement until a June special session.

Exasperated with Bax’s explanation, Young pointed out existing licensees could use lawsuits to protect their market position.  She also suggested the office is drifting from its lane by presupposing what administrative judges might rule.

But most fundamentally she just doesn’t buy the office’s explanation.

“Doesn’t it seem a bit complacent for you to simply throw your hands up and say, ‘oh, we cannot issue—we’ve been sued, oh no?’” Young asked.

“You all get sued all the time,” Young continued.  “You know, we’ve been sued so we can’t do anything—you have a duty under our state laws to issue these licenses regardless of whether some plaintiff files a lawsuit.”

“I tried the process, and I went through it as an experiment,” Book explained to Bax.  “And it took three months to get a patient identification card.”

That hurts patients, Book says, because they can’t simply take their prescription to a dispensary.  They have to sign up with the state, and the office of medical marijuana has to verify the application before a patient can begin receiving treatment.

Bax says those strictures are part of the measure lawmakers approved earlier this year, but his office is about to hand off ID card production to an outside vendor.

“Moving forward with this card vendor and outsourcing this program is going to be a significant and marked improvement on this process,” Bax told the committee, “in that we will remove the logistical challenges of operating within a relatively small office, and this vendor will be able to produce these cards at an industrial scale.”

Book also questioned the difficulty of switching doctors—patients have to remove themselves from the state registry and then re-register.  But again, Bax says that’s because of one doctor, one patient requirements baked into state law.

Since the hearing, the News Service of Florida reports an unsuccessful vendor will challenge the Office of Medical Marijuana’s contract decision in court, potentially delaying the hand off in making and distributing identification cards.

Backers Worry About How Medical Marijuana Data Will Be Used

Gov. Rick Scott this summer signed into law  a bill that implemented the Florida Medical Marijuana Legalization Initiative, known as Amendment 2, which mandated an expansion of the state’s medical cannabis program.

One requirement of that was the creation of a panel to review all physician certifications submitted to the medical marijuana use registry.

Agriculture Commissioner Adam Putnam says it’s frustrating that lawmakers couldn’t agree on how to implement medical marijuana. It’s up to the state department of health to figure out the rules for medical marijuana use after voters approved a constitutional amendment.

Putnam says he would prefer lawmakers to sort out the rules.

In a move that will almost certainly rankle already-perturbed lawmakers, a rejected vendor intends to challenge state health officials' hiring of a competitor to process medical-marijuana identification cards.

Attorney General Pam Bondi's office is asking a judge to toss out a challenge to a new law that bars patients from smoking medical marijuana.