As Florida’s legislative session winds down, the clock is running out on a bill that would expand legal needle exchange access in Broward and Palm Beach counties—and the doctor behind the proposal says he’ll keep pushing for a vote until the handkerchief drops in Tallahassee.

“I love the state of Florida. But people are asking the state of Florida… ‘Why do we have the highest rate of HIV infections?’ ” says Dr. Hansel Tookes, an assistant professor at the University of Miami’s medical school who runs IDEA Exchange, Miami-Dade County’s needle exchange program.

“As long as we continue to absolutely ignore public health and ignore evidence, we will continue to have the highest rate of HIV infections, to have one of the highest increases in drug overdoses year over year,” says Tookes.

Miami’s IDEA Exchange received temporary legal status two years ago and is the model for the proposed Broward and Palm Beach expansion. It’s aimed at reducing the spread of HIV and other infections among injection drug users by swapping dirty needles for fresh ones. The program offers participants HIV and hepatitis testing and referrals to substance abuse counseling and medical care. It also distributes the drug that reverses heroin overdoses, naloxone.

In a little over a year of operating, the program has gotten 127,000 dirty needles off the streets in Miami and stopped and reversed more than 450 overdoses.

The Infectious Disease Elimination Pilot Program (HB 579/SB 800) was passed by the state Senate and sailed through House subcommittees. But the bill has not been scheduled for a reading on the House floor—which would need to happen by the time the session ends, as early as Sunday.

Tookes spoke with Health News Florida about the 11th-hour push to get the legislation through:

Health News Florida: Session was supposed to end Friday but there's a brief extension while the state budget is finalized. How are you spending that time? 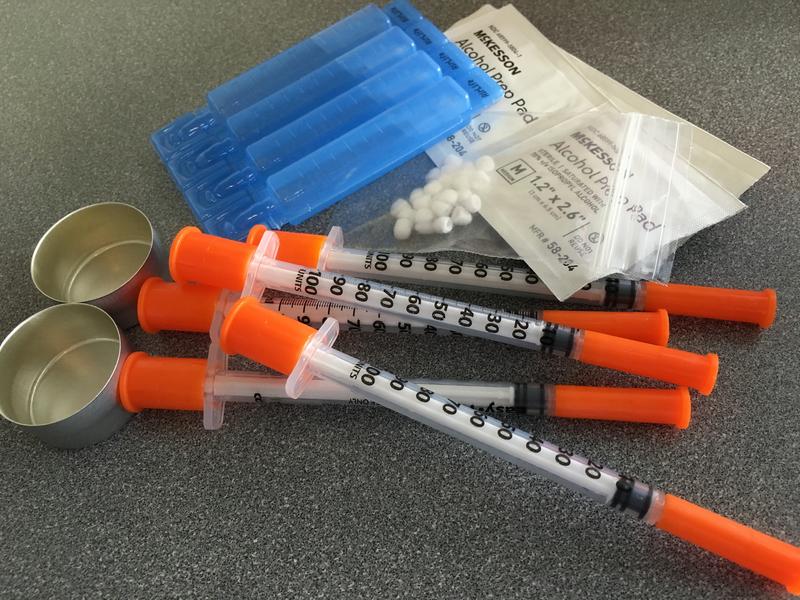 University of Miami serves Miami, but it also serves all of South Florida. This bill that was sent from the Senate is an amended bill that would extend the IDEA exchange to Broward County and Palm Beach County. No state funds. It's a natural extension of our current services and to the entire University of Miami catchment area and I'm stunned, I'm actually stunned, that they're not passing this legislation because it would save thousands of lives and save hundreds of millions of dollars.

And it's something that the local community wants. Palm Beach County wants it. Broward County wants it. And the Legislature tends to be about local rule, so I'm very surprised that they're not allowing the local opinion that's in favor of needle exchange to preside.

So I've been reaching out to all of our long-time champions and just pleading and hoping that somebody can convince the leadership in the Legislature to put the bill on the agenda.

There's always time. It's never over in the Florida Legislature ‘till they drop the handkerchief.

Initially, the push was to expand needle exchange access statewide. What was the force behind scaling it back to Broward and Palm Beach County? 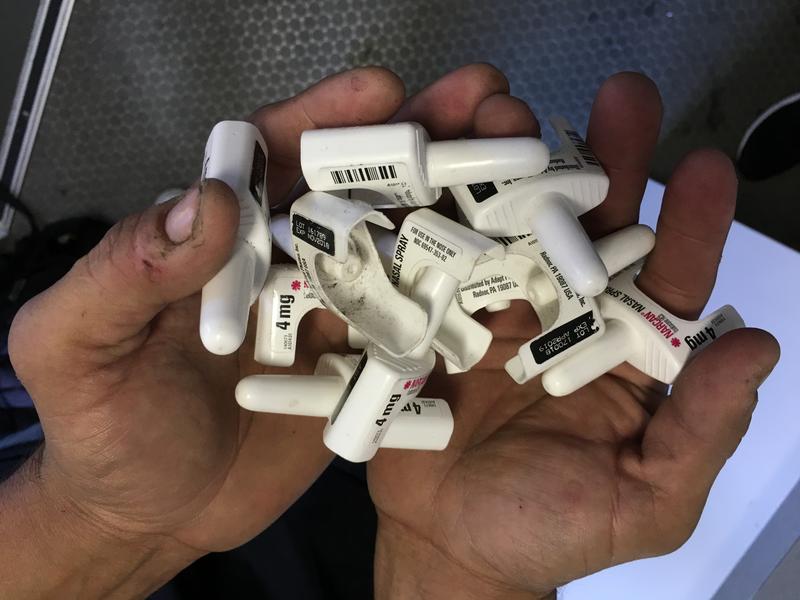 We're just ignoring science, we're ignoring medicine and that is why we have the state of affairs that we have.

We wanted it to be statewide, but we had the Florida Sheriffs Association, which decided that they were not on board with the legislation. So we went back to South Florida, where there were really loud calls for a syringe access in Palm Beach County and Broward County, and we thought that the best thing that we could do to get the bill through was to expand the private Miami program that's funded with private dollars and save lives here in South Florida.

Six million people live in South Florida, and if we were able to save thousands of lives down here, we could show the Legislature that this should be expanded to the entire state. So that's how we got to South Florida.

And we were we were disappointed when it looked like we were going to be limited to South Florida, because this really is something the whole state needs. Florida has 15 overdoses a day. The HIV rate here is… like no other.

If this bill does manage to pass in the 11th hour and you do  get the expansion to the two counties north of here, what does that mean?

We have already had meetings with people in Broward County and Palm Beach County. We're really excited about the opportunity to expand. AIDS Health Care Foundation will assist in using in their brick and mortar, and in their mobile units having syringe exchange. I've spoken to State Attorney Dave Aronberg, who is extremely excited about the opportunity of having syringe access in Palm Beach County.

It will be a game changer. When you look at the HIV epidemic in this country, and the trajectory that it was on, and then the shift that happened in all other American cities. It started with condom use and needle exchange and then PrEP.

Other cities implemented those bread and butter public health interventions and their rates of HIV infections plummeted. I just don't understand why we're not doing the same thing in Florida. It's unbelievable to me as a physician, as a public health physician.

Not expanding IDEA into Palm Beach and Broward counties is basically saying that people who inject drugs who live there, “Their lives don't matter. Their life has no value to the state of Florida.”

In Florida I've learned that the fiscal argument is often the most effective in overdose. Hospitalization is very costly if somebody ends up in the ICU and ends up intubated. There are many infections that come from using injection drugs. And the health care system would save so much money, the private hospitals, the public hospitals would save hundreds of millions of dollars if we implemented this lifesaving and compassionate program.

And if it doesn't pass, what do you do next?

We have a lot of expansion to do here in Miami. We have not reached the 13,000 people who use drugs here and we're really working towards expansion. We'll just continue to implement and evaluate our program here and hopefully be able to present more evidence to the Legislature next year and prevent more infections and more deaths.

An effort to expand a needle-exchange program statewide was scrapped Tuesday by a House health care committee, which agreed to extend the Miami-Dade County program to two additional Southeast Florida counties.

“In the spirit of baby steps, I encourage you to support this,” Rep. Cary Pigman, R-Avon Park, told members of the House Health & Human Services Committee.

The Senate is inching closer to approving a bill that would allow hospitals, clinics, medical schools and substance-abuse treatment programs to begin offering needle-and-syringe exchange programs to reduce the spread of diseases such as HIV.

New legislation expanding a needle-exchange program moved through both the Florida House and Senate today.

On a recent Tuesday morning, Emy Martinez walked around a couple of blocks in Overtown, looking for used needles to deposit in the sharps container in her backpack.

She didn’t find any.