Despite Federal Skepticism, South Florida Can Lead On Climate Adaptation. A Canadian Explains

South Florida could see two feet or more of sea level rise in the next forty years, according to a joint projection by Palm Beach, Broward, Miami-Dade and Monroe counties.

It’s frightening to imagine. But the threat could also be an economic opportunity: Cities and countries around the world have begun looking to South Florida for guidance on how to prepare for rising seas. 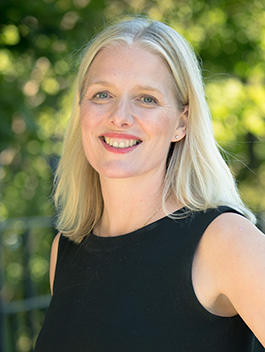 And, she added, those climate change-adaptation jobs can come even if state and federal governments are reluctant acknowledge climate issues. Since the election of President Donald Trump, the phrase "climate change" and resources for adapting have been removed from the Environmental Protection Agency's website. In Florida in 2015, a report by the Florida Center for Investigative Reporting revealed state officials had banned the term "climate change."

McKenna said Canada was in a similar situation prior to the election of the current prime minister, Justin Trudeau.

"The previous government would not talk about climate change. Those words were not allowed to be used in my department," McKenna said. Now, though, "I'm happy to work with whomever wants to take action on climate change and also recognizes the economic opportunity."

MINISTER CATHERINE MCKENNA: When I started my job I was immediately in the Paris negotiations and working very closely with the U.S. administration. Clearly the new [U.S.] administration federally has taken a different approach to climate change. And so we're now very committed to working with states and cities and businesses in the United States who have stepped up, who have said climate change is real and we all need to be acting together.

In Canada, we have a very large country, the largest coastline in the world — including in the high Arctic — so some of the things you do here won't be applicable. But it's looking at things that you're doing that are smart.

WLRN: Within South Florida and Miami specifically, what are some of the ideas or technologies that you feel we can offer Canada or Canada can offer South Florida?

MCKENNA: I think it's looking at how you build and how you're adapting to the impacts of climate change. We know the king tides, that there's a lot of flooding with climate change. The sea level rise will have a huge impact on Miami. It's looking at the technologies that you use, your way of designing cities, the way you think about the future, and modeling for resilient cities.

WLRN: Can you tell me a little bit more about how you came into the role that you have? Is it a new position?

I was in my job for two days and then was sent into the Paris climate negotiations, so it was a steep learning curve. And then I had to come home to Canada and get a climate plan. That was hard because we had a government that for 10 years had done nothing. But we worked really hard with provinces. We worked with businesses, we worked with environmentalists, we worked with indigenous peoples, and we were able to get a "Made In Canada" climate plan and we know we're moving to a cleaner future.

WLRN: It sounds like part of what changed between the previous administration and the current one in Canada is that there's more of an understanding of the connection between the environment and the economy.

MCKENNA: The first change was we looked at science. We decided that we would make decisions based based on science and evidence, and the science on climate change is extremely clear. Climate change is real. It's manmade, and if we don't take action we're going off a cliff. So that was the first thing.

But the second thing is yes, we understand it's not that you do the environment and the economy suffers or you focus on the economy and the environment suffers. That's not the way it is today. It's now about doing the right thing for the environment which also creates good jobs. And even here in Miami I'm going to see some really cool designs, including Canadian companies that have looked at clean solutions and clean technologies. So that's really the opportunity.

WLRN: At the G-7 summit that's coming up, Canada is hosting. And you mentioned that one of the focus areas will be the oceans. How is that relevant to your relationship with the United States and with South Florida?

MCKENNA: Canada and the U.S. are surrounded by oceans and so we need to be working together. I think even for some folks that have a hard time talking about climate change, everyone can agree that we need to deal with coastal resilience, that we need to build more resilient cities. So I think that's an area that we could come together with United States — states like Florida, like Texas, that have had to address pretty severe impacts from hurricanes.

We're all in this together. And so I'm happy to work with whomever wants to take action on climate change and also recognizes the economic opportunity for good jobs for middle class.

This interview has been condensed and edited for clarity.

Climate change is forcing people in the Florida Keys to spend millions of dollars to raise some of their roads as sea levels rise.

Scientists say that climate change is having an effect on the levels of the world’s oceans.

But it’s also apparently affecting the oxygen levels throughout the oceans, as well as our coastal waters including the Gulf of Mexico.

For most of us, culverts -- the pipes that help water flow under roads and hills --  aren't particularly exciting news.

But the South Florida Water Management District is celebrating a Dec. 14 decision by its governing board to speed up building four new culverts that are part of a project to restore coastal areas along Biscayne Bay.

There’s a hidden cost to climate change. Many Florida taxpayers could foot the bill.

Waiting to address climate change could cost taxpayers in coastal cities — particularly in highly vulnerable Florida — in a way that not even the most progressive resiliency planners have considered.