The “Big Pro Gun Rally” and the March for Our Lives rally both took place in downtown Tallahassee this weekend.

Local leaders, Pulse nightclub survivors and students from Parkland High School all spoke at the March for Our Lives rally.

Survivor of the Parkland shooting, Sofie Whitney explains why she wanted to participate.

“I’m here because after what happened at my school, we didn’t want our school to become another statistic,” Whitney says, “We wanted to make the world a better place after something so terrible happened and with such common sense and what we’re trying to do, we want to get as many people mobilized and as many people registered to vote and educated so we can elect people that really represent what we believe in.”

Organizers say the main goal for this event was to encourage voter registration.

“It’s been very emotional and really exhausting,” Whitney says, “But I’m alive and I’m here, so I need to use my voice to make a change.”

Meanwhile down the street “The Big Pro Gun Rally” had 14 speakers including gun activist Kaitlin Bennett.

“Gun rights means to me self protection, self preservation of not only myself but also my country,” Bennett says, “We have the most firearms in the nation and we are one of the freest countries because of that.”

“Our rally is being organized because the primaries are coming up and they wanted to make sure that the guns rights side was advocated for and represented,” Bennett says, “And let them know that hey gun owners are here in Florida, we do vote so keep that in mind.” 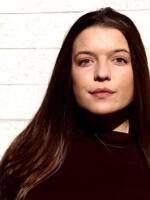 AnnMarie Welser
AnnMarie Welser is a Multimedia Reporter for WFSU News. AnnMarie is a Chicago native and a recent graduate of The Missouri School of Journalism at the University of Missouri. She formely worked for NowThis News, KCPT, EURACTIV and the National Newspaper Association. She is a Beyoncé and Oprah enthusiast. Follow AnnMarie Welser on Twitter: @annmarieW96
See stories by AnnMarie Welser
Special Report
WUSF is reporting on how distribution of the COVID-19 vaccine exposes inequities in Florida’s health care system.
Read More
Class of COVID-19
Exploring the high costs of the pandemic for children and young adults.
Learn More
Coronavirus Vaccines
Want to learn more about the vaccine? WUSF and Health News Florida are answering your questions.
Ask Here
Latest Stories
Related Content