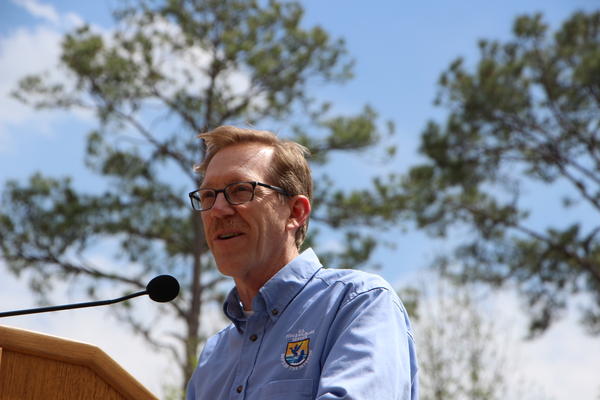 Two grants under the U.S. Fish and Wildlife Service’s Wildlife and Sports Fish Restoration program come from partnerships with manufacturers of hunting and fishing equipment. Money for the grants is generated by excess taxes, license fees and other revenues paid by hunters and anglers.

“Since 1938, WSFR programs have funded thousands of conservation projects nationwide, including several right here at the Joe Budd Complex. FWC has use d these funds to support the purchase of lands, the construction of boat ramps, and ongoing management needs here at the Joe Budd complex,” Sheehan said.

Nationwide, the grants have distributed $1 billion to state conservation agencies. Florida has the largest wildlife management area system in the country, at nearly six million acres. FWS deputy director Sheehan says about four and a half million acres of that is managed using grant funds.

The national president of the Audubon Society will be speaking at its Sarasota chapter Monday (March 12). WUSF's Steve Newborn talks with David Yarnold about the local impacts of preservation and climate change, such as preserving Sarasota's Celery Fields birding area and artificial islands created to stem erosion in Tampa Bay.

Florida lawmakers have agreed on funding for the state’s conservation-land-buying program, Florida Forever. The plan is to spend more than 100-million-dollars on it next year.

But a stalled measure would’ve guaranteed recurring funding for years to come.

Over the last three years, Florida Forever has not been the titan of land preservation it once was. The conservation program has seen significant cutbacks in funding, and has lost its effectiveness in continuing to protect the state’s vast landscape. But, a bill in the Florida Senate reestablishes Florida Forever as the model of land preservation it once was.