TPD To Hold Series Of Forums About Body Cameras 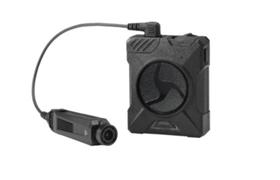 The Tallahassee Police Department is inviting residents to a series of forums about body cameras.

By the end of this year, all of the sworn officers of the Tallahassee Police Department are expected to wear a body camera.

Right now, TPD has eight of the “Axon Flex 2” body cameras. Thanks to a federal grant, the goal is to get 410.  TPD Lieutenant Tracy Clark has been coordinating that effort.

“This particular camera has what is called a signal side arm that is attached to the holster, also has a conducted electrical weapon, a battery that is on the Taser,” she said, during a July city commission meeting. “This allows that anytime the weapon is drawn, the camera automatically activates without any further input from the officer.”

Clark adds the benefits to wearing the cameras include providing evidence for criminal investigations and allowing her agency to better address allegations of misconduct.

“It’s increased accountability, transparency to the community, what our officers are doing,” she added, at the time. “We feel that it better provide for better officer and citizen conduct, when they’re aware they’re being recorded.”

Those are just some of the things Tallahassee Police hope to discuss with residents at four upcoming forums. TPD Spokesman Damon Miller says the first meeting is this Thursday.

“This forum is basically to instruct the public as far as where the cameras will be worn, how they actually work, and just to educate the citizens about what to expect when they’re interacting with the officers, and we also go over our policies and procedures as well as take any questions that anyone might have during the camera regarding the body worn camera system,” he said.

Miller adds one area they’ll also point out is it won’t just be patrol officers wearing the body cameras. Tallahassee Police Chief Michael DeLeo and this top staff will also be wearing them.

“He advised that he had to lead from the front. So, the command staff along with him will have a body worn camera,” he added. “So, every sworn officer will have one, to include those people that are working in our PET unit, which is our Parking Enforcement Technicians…they will have one as well.”

Thursday’s forum will take place at Thomasville Road Baptist Church from 6:30 to 8:30 p.m. For more information on the forums, visit the city of Tallahassee’s website.

Below are the forums' dates, times, and locations:

Governor Rick Scott has signed a body-camera related bill into law. But, while it has the support of Florida law enforcement groups, others continue to have reservations.