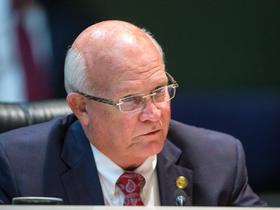 Under a pair of bills going before the Florida legislature this session, women could be charged with a third degree felony if they get an abortion after a fetal heartbeat is detected.

The House and Senate bills are aimed at shortening the time women have to get an abortion. The controversial measures would criminally charge woman if they knowingly abort a child after a heart beat is detected by a physician.

Kimberly Scott with the Florida Alliance of Planned Parenthood calls this bill extreme.

"This would be banning abortions as early as six weeks into pregnancy and at six weeks most woman don’t even know that they are pregnant and so this bill could take away a woman’s right to make her own medical decisions before she even would know that she had a decision to make," she says.

Ocala Republican Senator Dennis Baxley is one of the bill’s sponsors. He believes a heartbeat is a clear sign of life.

"It becomes clear to me that the heartbeat is such a symbolic thing of life. Where you have a heartbeat you have life, and I think that is a simple way to put together a real reasonable challenge to the idea; is this what a civil society does?' he says.

Bills similar to these are popping up around the country. In Iowa a state judge struck down a similar measure after Governor Kim Reynold signed the bill into law last May. Iowa state courts found the law unconctituional saying it violates "both the due process and equal protection provisions of the Iowa Constitution as not being narrowly tailored to serve the compelling state interest of promoting potential life.”

Baxley believes his proposal is constitutionally sound and argues there's nothing that would  prohibit the proposals from becoming a law. Pensacola Republican Representative Mike Hill is backing the identical bill in the House.