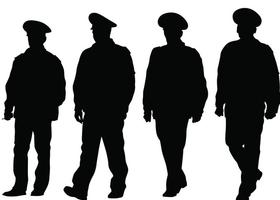 “The year before we had worked on making sure law enforcement officers understood when someone is going into diabetic shock or having some kind of episode from diabetes,” he said. “So, these are things we’re trying to make officers, we’re asking them so much…we’re having so many interactions with our law enforcement officers and people in the streets that are mentally ill, that are suffering from some kind of illness that makes their behavior abnormal, at least to what the current training standards are. We’re trying to specify these things, so that officers are better equipped to handle this sort of stuff.”

According to the CDC, about 1 in 68 American children have autism spectrum disorders.

'Social Camouflage' May Lead To Underdiagnosis Of Autism In Girls

Many more boys are diagnosed with autism every year than girls. According to the Centers for Disease Control and Prevention, the disorder is 4.5 times more common among boys than girls. Boys appear to be more vulnerable to the disorder, but there is some evidence that the gender gap may not be as wide as it appears.

The sheriff in Pinellas County has fired a decorated deputy who was recorded taunting an autistic student at the middle school where he provided security and guidance.

Governor Rick Scott recently signed a bill into law requiring autism awareness training for Florida’s law enforcement officers. But, some may not see the merits of the new law—that gained traction after a high profile incident last year.