Florida beachgoers often imagine a day on the water. Colorful umbrellas peppered across the sand, the sound of waves foaming as they crash onto the shore and the inescapable smell of saltwater nipping at your senses.

Sometimes, instead of this picturesque scene, a sickening odor of dead fish wafts across empty beaches, local restaurants are closed because they can’t prepare seafood, and residents even experience trouble breathing. The culprit is red tide.

A new federal budget gives the National Oceanic and Atmospheric Administration (NOAA) an additional $8 million to research the causes of red tide and other harmful algal blooms.

“Up to this point, we’ve been doing red tide research for over 30 years,” Mote Marine Laboratory environmental health project manager Tracy Fanara said. “The data gaps that we have are because we’ve never had enough funding to constantly take samples.” 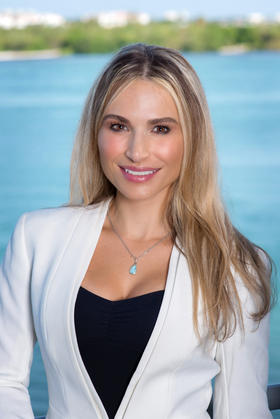 Red tides have a significant impact on Florida’s economy. According to NOAA, harmful algae blooms cause $82 million in economic losses to the seafood, restaurant and tourism industries each year in the United States.

In addition to its economic influence, red tide has a direct impact marine ecosystems – the bacteria have contributed to about 160 manatee deaths this year.

“Red tide poses a serious threat to our environment, marine life and economy,” Congressman Vern Buchanan said in a prepared statement. “We need to understand more about the toxins in red tide so we can stop the damaging effects.”

The budget makes it clear that funding will be distributed by NOAA, but the ultimate destination of the funds is still unknown.

“At this point, all I can assume is that the funding will be available through competitive solicitations for proposals,” said Fanara.

Michael Crosby, president and CEO of Mote Marine Laboratory says the funding will “significantly bolster the scientific community’s research to detect, respond to and develop innovative technologies to lessen the impacts from some of the country’s most challenging harmful algal blooms – red tide – on our environment, marine life, and human health.”

Scientists are warning that a red tide is reemerging along the state’s southwest coast even after a recent cold front knocked it back.

Right now, if a researcher wants to confirm there’s a red tide outbreak – you know, that algae bloom known as Karenia brevis that turns water red or brown, kills marine life and makes a horrible stench – they have to take a water sample, bring it back to the lab, put it on a microscope, and literally count the number of algae cells.

Despite a harmful algal bloom in 2015, Florida wildlife officials say the bay scallop population in Saint Joe Bay appears to be improving.