Four Keys cities and Monroe County have sent FEMA bills for more than $91 million from Hurricane Irma. A year and a half after the storm, they have received less than 12 percent of the money.

Monroe County has submitted the biggest bill - about $45 million. The county acts as the local government in unincorporated areas. That includes the Lower Keys, where Hurricane Irma's eye crossed as a Category 4 on Sept. 10, 2017.

FEMA and the state promise to cover most of the immediate costs of the hurricane, like debris removal and staff overtime. But the county has to pay up front.

"We took out a line of credit for $40 million, never thinking that we'd need it for a whole three years," said County Administrator Roman Gastesi. "But now we ... might have to take that letter of credit and convert it into a long-term loan. The expense would be more because you have to pay interest." 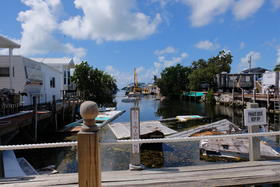 The county has so far received about $6.6 million in reimbursements. The bills go through multiple reviews at the state and federal level.

"It's very frustrating for local governments because we are floating these loans now. Some local governments are really hurting," Gastesi said. "Luckily we're in a better position. But we're very concerned about another storm. Then it's going to get really tough."

The new state administration under Gov. Ron DeSantis has promised to streamline the process and get the money moving faster, Gastesi said — but state emergency managers also told Keys officials that their primary focus now is on helping the Panhandle recover from Hurricane Michael.

After the county, the biggest Keys bill sent to FEMA came from the Middle Keys city of Marathon, which has submitted $24.2 million and received about $245,000 so far. Islamorada submitted $10.7 million and hasn't received anything, while Key West submitted $9.3 million and has received almost $4 million, according to officials from those cities.

Monroe County has had more success getting money from a different federal agency, the USDA. That agency approved a $45 million grant to clean up canals from storm debris after Irma. That work is ongoing and Gastesi said the county is on track to spend only about $25 million on the project.

Overall, he said, the Keys are in good shape, at least based on the receipts of the taxes collected on tourist lodging. Those are often used as a gauge to measure the health of the biggest industry in the island chain.

"November and December were the highest ever," Gastesi said.

'Struggling Here With Just Living' In The Aftermath Of Hurricane Michael

More than three months after Hurricane Michael slammed into the Florida Panhandle, communities now are struggling with the storm's financial aftermath. In Mexico Beach, where Michael's 155 mile-per-hour winds flattened more than three-quarters of the homes, just removing the debris threatens to bankrupt the city.

On Highway 98, the beach road, nearly every house on the ocean side is gone. Collapsed home sites and piles of debris wait to be bulldozed away.