The Jacksonville Sheriff’s Office showed off a new-to-the-city technology for helping to solve gun crimes. The Jacksonville City Council approved the purchase of a $250,000 Integrated Ballistics Identification System in March. Now it’s up and running. 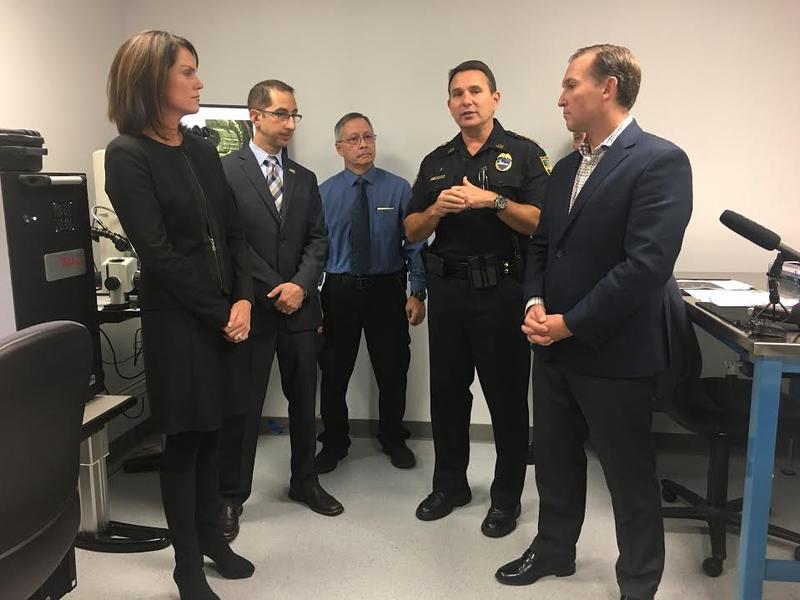 The system, called IBIS for short, examines the marks guns leave on bullet casings, to match them to guns in a national database. Each spent cartridge has a unique imprint from a gun’s firing pin.

On Monday, Firearms lab manager Peter Lardizabal demonstrated a casing examination with IBIS, by first looking at multiple bullets under a comparison microscope, which could be from the same scene, then scanning them into the national database called the National Integrated Ballistic Information Network. Lardizabal said JSO is on the lookout for a full-time examiner.

“It takes a lot of training and experience to be able to evaluate these images,” Lardizabal said. “Typical training time for an examiner is about two years and that’s dedicated 40 hours a week, and that gets them to the level to where they’re fundamentally a rookie doing this type of work.”

The Florida Department of Law Enforcement already uses the technology, and local law enforcement agencies send their casings to the state office for analysis, with wait periods of months. “Sometimes an analysis being that old is not going to help us,” Jacksonville Sheriff Mike Williams said. 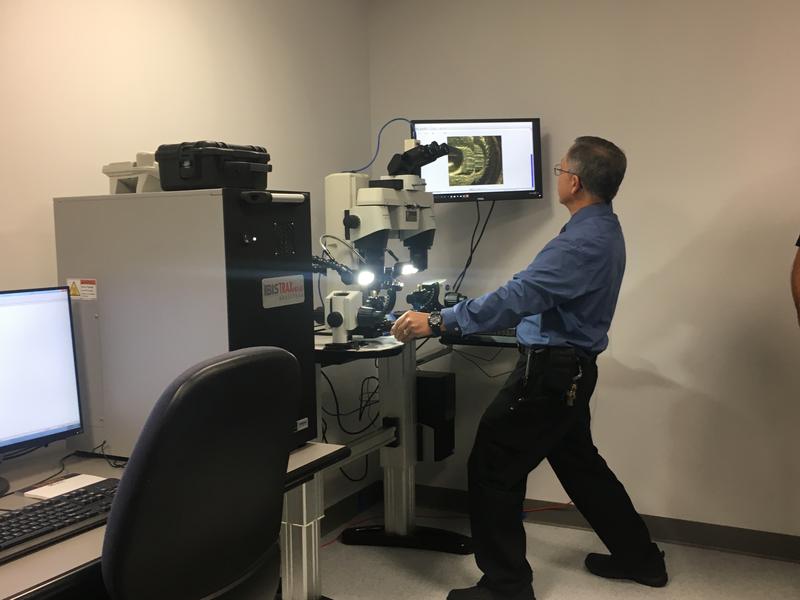 Now that Jacksonville has its own IBIS, an examination can take as little as 24 hours.

“We’re going to be probably about one of 10 cities in the country that have this ability in our community to focus on just our community,” Williams said.

Williams said this will let JSO know if two shootings are linked with the same gun. Also confiscated guns, like those from felons, will be test shot and also entered into the database.

Williams said JSO has wanted this system for about 15 years.

.@JSOPIO Firearms Lab manager demonstrates a bullet casing examination with a comparison microscope. That’s the step before scanning the casing into JSO’s new IBIS, a system used to see if the gun that shot it was used in other crimes. @WJCTJax pic.twitter.com/REaz2RX0Ki— Lindsey Kilbride (@lindskilbride) December 18, 2017

More Travelers Being Caught With Guns At Airport Checkpoints

As travelers head to airports during the busy holiday week, airport security officials have a message: Don’t try to bring your guns on the plane.

Gunshot Wounds Are Expensive, And We're All Paying For Them

It costs American hospitals about $622 million every year to admit patients with gunshot wounds—and it turns out, we’re all paying the bills.

That’s according to a new study in the journal Injury Epidemiology that tapped into a national sample of hospital records to gauge the cost of admitting patients with firearm injuries.

The researchers broke the costs down by injury type, demographics and insurance status.