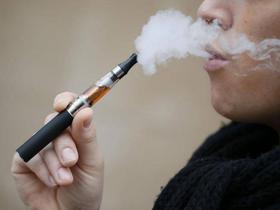 A Constitution Revision Commission proposal to ban the vaping of e-cigarettes in all of Florida’s indoor businesses is one step closer to appearing on voter ballots. Former Florida Senator Lisa Carlton is the proposal’s sponsor. She says since the first e-cigarettes hit U.S. markets more than a decade ago, research and Surgeon General Reports have proven their adverse health effects.

Commissioner Gary Lester calls the proposal a “modernization of language” that updates a lengthy provision on smoking that already exists in the State constitution.

The Constitution Revision Commission on Tuesday revived a proposal to narrow the right to privacy and allow the increased regulation of abortions.

But following the 18-14 vote, Commissioner John Stemberger, the sponsor of the measure (Proposal 22), withdrew the proposal from further consideration.

Stemberger invoked the CRC’s so-called “resurrection” rule that allows members to revive proposals that never advanced from the CRC’s committees.

Florida’s smoking rates may have dropped, but the need continues for an anti-smoking campaign --- making ill-advised a proposed constitutional amendment that would divert money from advertising to cancer research, a group of health advocates warned Wednesday.

The Florida Constitution Revision Commission convenes every twenty years to review proposals to the state constitution. A proposed bill of rights for nursing home residents has proven contentious.