Incoming Senate President: 'I Stand By' The Decision To Keep Funds In The Guardian Program 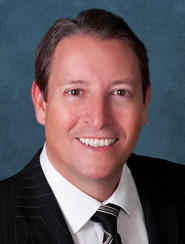 This comes after Governor Rick Scott asked the Legislature to move the remaining funds to school districts so they can hire more officers.

A key part of the Legislature’s response to the mass shooting at Marjory Stoneman Douglass High School, it allows certain employees to receive training and carry guns on school campuses. But many school districts chose to opt out.

That’s why Governor Rick Scott asked the Legislature to move the money. He wanted local officials to use the funds to hire additional officers. But lawmakers rejected that idea.

“I stand by that decision," says Senate President Designate Bill Galvano (R-Bradenton). "I think it’s the appropriate non-action to take at this time.”

Despite only using a fraction of the total funds, the Florida Board of Education again requested $67 million in the 2019 budget proposal.

Galvano argues that proves “there is value to the program."

"And that they’re recognizing that there is a methodology that can be accomplished in providing school safety utilizing, as one of the components, the Guardian Program," Galvano continues." So we’ll have to consider it.”

Galvano says though the program didn’t play out like lawmakers had intended, the Board sees merit in it.

So, he says, he will evaluate it along with the Board’s other proposals during session next March.

After Schools Reject Money For Arming Staff, Scott Asks Lawmakers To Redirect It Towards Security

Gov. Rick Scott is asking state lawmakers to redirect most of the money they allocated for arming and training school staff, since many districts didn’t want to use it.

The Legislature included $67 million in this year’s state budget for the Coach Aaron Feis Guardian Program, which would allow for trained armed guards at schools. Named for a victim of the shooting at Majory Stoneman Douglas High School, the provision was the most controversial aspect of a larger, $400 million package passed quickly in response to the Feb. 14 massacre.

Florida Sen. Lauren Book, who sits on the commission, asked the group to recommend that SROs be given access to students’ educational and disciplinary records.

State lawmakers are scheduled to meet Friday to discuss the state's long-term financial outlook. Also notable is what's not on the agenda.

Gov. Rick Scott recently asked legislative leaders to give school districts another shot at money some of them rejected because they didn't want to arm school staff. The Joint Legislative Budget Commission — chaired by House and Senate leaders — won't consider his proposal.