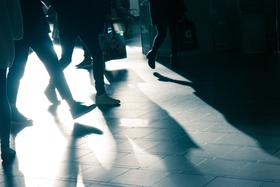 January is designated as National Slavery and Human Trafficking Prevention Month. A recent case of trafficking in Leon County is prompting organizations to bring awareness to the issue.

Just last week officials found a Tallahassee woman guilty of human trafficking and sexual battery. She had been trafficking her own daughter in exchange for drugs.

Robin Hassler Thompson, with the Survive and Thrive Advocacy Center says despite new laws Florida has not made significant strides against the crime. That’s based on the 2017 Federal Human Trafficking Report, “well clearly Florida still is number 3 in the nation when it comes to the cases of human trafficking that are reported to our hotline and so we know that we are still up there unfortunately. There are so many places in Florida that are right here in our area that are attracting trafficking.”

Vania Llovera with the FSU Center for the Advancement of Human Rights has suggestions for the state legislature.

“They haven’t really talked much about the labor component we have on this, labor trafficking is major because of our economy and it leads itself into abusing people, exploiting people. I believe that labor trafficking really is an area we need to look at more,” said Llovera.

Florida has the third highest rate of trafficking in the United States, but the state has seen a decrease in the number of criminal convictions since 2017.

Trying to help human-trafficking victims get a new start in life, Florida lawmakers in 2013 unanimously passed a bill aimed at helping victims expunge records of crimes they might have committed under duress.

Not all bills will make it through the annual legislative session, And this year, the impending failure of several high-profile measures is raising eyebrows.

Momentum has stalled for a bill that would have allowed human trafficking victims to sue hotels that do not take action and train employees to prevent such atrocities. The measure’s sponsor isn’t saying why she pulled the plan.