Florida legislators have been grappling with the problem of balance billing—also known as “surprise billing”—and now the Center for Medicare and Medicaid Services has proposed a broader rule aimed at fixing the issue. 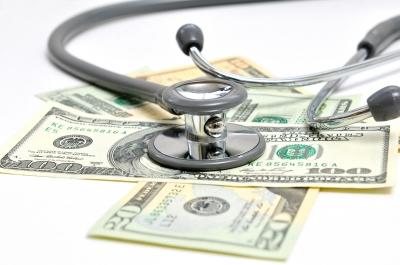 Balance billing is what happens when a patient goes in for a procedure and gets surprised with a bill because one of the providers or treatments in the process isn’t covered by the insurance company. For example: If someone goes to an in-network hospital for an operation and sees an in-network surgeon, there  still might be an out-of-network specialist who has to be consulted while the patient is under anesthesia. Depending on the insurer, that patient can be on the hook for a surprisingly large bill for the out-of-network treatment.

Republican lawmakers in Tallahassee have introduced a bill that would end this practice in emergencies. But the federal proposal would also apply to non-emergency cases.

From the CMS fact sheet on the proposed rule:

“For the institutions, it would require them to do a better job of advanced warning,” says Linda Quick, president of the South Florida Hospital and Healthcare Association. “What they’re trying to do away with is some of these retroactive surprise bills.”

The CMS proposal would apply to plans sold through the Obamacare marketplaces. As Quick points out, it would not apply to Floridians who are insured other ways.

The CMS proposal is currently in the comment period. If it’s adopted, the rule would go into effect in 2017.

Editor's note: This story has been updated and contains a correction.

Florida lawmakers should enact more protections for health-insurance consumers and families of workers in small businesses, a state advisory board says.

A recent story on 'surprise bills' by Health News Florida's Carol Gentry hit the nail on the head.

A growing number of insurance plans known as “preferred provider organizations” (PPOs) are leaving far too many patients without the coverage they need for emergency medical services.

Think Tank: Price Transparency May Not Be Silver Bullet In Addressing Health Costs

A non-partisan healthcare think tank is warning increased price transparency may not be a silver-bullet in bringing down costs. The discussion comes as Florida searches for ways to address rising healthcare budget needs.

President Barack Obama says he’s worried about rising prescription drug prices, but consumers need to take into account the United States’ role in the development of new medications, he told WUSF in a one-on-one interview.