Even If Housing Aid Ends This Week, Puerto Rican Evacuees Say They Won't Go Back

Ariana Colón’s 1-year-old son Sebastian shows off his first word – “Mamá” – as she speaks with me over the phone from the hotel room in Kissimmee, Florida, where they’ve been living this year.

Along with Sebastian’s father, they arrived there shortly after Hurricane Maria devastated their home island, the U.S. territory of Puerto Rico, last September.

The family has benefited from a federal program for disaster victims called Transitional Sheltering Assistance. It pays their hotel tab while they find gainful employment and permanent housing.

But meeting landlord conditions for that housing has proven as difficult for Puerto Ricans like Colón as it so often does for longtime Florida residents.

Colón is 20 years old and expecting another baby in November. She was a nursing student back in Bayamón, Puerto Rico; for now she works in fast food here. Her partner is a barber. About 1,800 Puerto Rican hurricane evacuees like them receive shelter aid in Florida – and their situation gets urgent on Saturday, June 30, when the government is ending that assistance.

Those families are asking for more time in the program to build more savings to qualify for housing.

“It’s not like I’m staying here in the hotel all day enjoying the pool, enjoying Disney or nothing like that,” Colón says. “We came here to work.”

FEMA – the Federal Emergency Management Agency – argues it has already extended the aid for Puerto Ricans once this year. But even if the help runs out this weekend, Colón says she won’t go back to Puerto Rico because, she insists, the island’s economy and infrastructure are still too shattered.

“The electricity goes and comes; the water as well,” she says. “It’s not stable. I don’t really want to risk that.”

She’s not alone. Many if not most Puerto Ricans in the shelter aid program say “they might be able to find a couch to surf on, or they’ll sleep in their cars,” said Jose Rodriguez, an Episcopal priest in Orlando who helps Puerto Ricans just arrived in Florida, with the group Vamos4PR.

“But very few of them want to return to Puerto Rico," he said.

Rodriguez told WLRN’s Sundial program last week that just about all the shelter assistance recipients feel they have little choice but to stay here.

“If you’re in a hotel at this point of the game, that means that you don’t have anything to go back to in Puerto Rico,” said Rodriguez. “The federal government has vetted you – they have verified that you truly have lost everything.”

With the June 30 deadline looming, some Florida politicians are making fact-finding trips to Puerto Rico – gauging whether the island has even recovered sufficiently enough to absorb returning evacuees.

“We met the mayors,” Asencio told me by phone from the island, “and quite honestly they say they’re still in recovery almost a full year after the storm.” 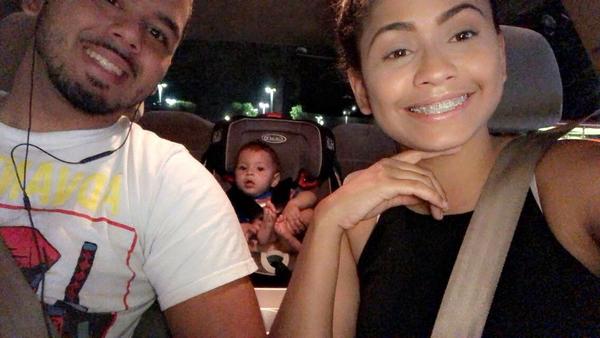 Asencio said housing reconstruction is slow, and the power grid is still so tattered that Puerto Rico’s government is moving to privatize it.

What’s more, said Asencio, who is also Puerto Rican, the massive post-hurricane exodus is only continuing. Puerto Ricans are U.S. citizens, and as many as 400,000 of them have migrated to the U.S. mainland since Maria – as many as 100,00 to Florida.

“There is a fear among elected officials here that things might just get simply worse here before they get better,” Asencio said. “There’s a good possibility there’ll be more people leaving as opposed to those coming back.”

Asencio visited Orocovis, in central Puerto Rico, where the mayor told him about 5 percent of its population has bolted to the U.S. mainland since Maria.

"I asked him, ‘Do you think those people will come back?’” Asencio said. “And he goes, ‘Well, what are they going to come back to?’”

Puerto Ricans living on the mainland can also vote in U.S. elections, and they largely vote for Democrats. That’s a potential benefit for politicos like Asencio, who’s up for re-election this fall. But he insists it’s also a boon for Puerto Rico, should those migrants’ votes influence Washington to be more attentive to the island.

Puerto Rican officials like Luis Vega Ramos, a member of the island’s House of Representatives from San Juan, agree.

“We’re losing our young, productive people to states like Florida,” Vega concedes. “But as we have more voting presence across the nation, we have more voices to keep Puerto Rico’s plight alive in the national debate.”

Colón, who says she’ll to register to vote here this summer, feels that way too.

“Over here you have more power to make changes for Puerto Rico,” she says.

Lanesha Smith of FEMA says that means families can still apply for short-term rental assistance in the U.S,. but the majority of programs will be offered in Puerto Rico.

“Families with sick and elderly folks and child who need around the clock assistance or are disabled those are the families who are left behind. And that’s why we need funds released by the Governor to make short-term housing an option.”

Truck trailers have been turned into portable doctors’ offices by World Housing Solutions and Florida Hospital and sent to Puerto Rico.

Florida Hospitals’ Scott Bond says the mobile clinics will allow local physicians to provide general and dental care while conferring with physicians from around the world as needed.

“We can connect the patients that are seen in that trailer essentially anywhere in the world. But for our purposes we can connect them to San Juan Hospital and Florida Hospital.”

Puerto Rico's government began complying with a court order and released partial records Tuesday of deaths following Hurricane Maria. The data reveal that there were 1,427 more deaths in the last four months of 2017 than the average over the four years before. The new count comes as questions swirl around the official death toll and reports that hundreds of bodies remain unclaimed in the island's main morgue.