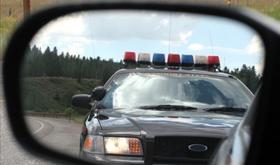 It’s National Distracted Driving Awareness Month, and AAA is reminding drivers about Florida’s Move Over Law as part of the month.

Florida’s Move Over Act has been in place since 2002. And, Rep. Holly Raschein (R-Key West) says she had a hand in writing it, before she became a lawmaker.

“As a junior at Florida State, I had the pleasure of working on the original Move Over Act as a lobbying aide,” she said, at the time.

The law requires was for drivers to change lanes or slow down when passing emergency, first responder vehicles, and tow trucks. Raschein also sponsored a 2014 change to the law, which now expands the requirements.

“We add utility service vehicles as well as sanitation to the Move Over Act,” she added.

“And, actually, all 50 states now have this law, but what we found nationally is that over 70 percent of people—motorists in particular—don’t realize that this law is place in their state,” AAA spokeswoman Montrae Waiters.

Waiters says even if Floridians do remember about slowing down and moving over for first responders and emergency vehicles, they don’t realize they have to do the same for others.

But, she says the statistics speak for themselves and motorists need to do a better job of being aware.

“And, the statistics that we found for 2015 were that there were 161 crashes with 130 injuries reported as a result of motorists failing to move over,” she added. “Law Enforcement gave out 20,000 citations and these are very alarming statistics that further indicate why it’s very important for motorists to be familiar with the move over law.”

Still, Waiters says it’s generally good practice to move over and—if you can’t—slow down to 20 miles below the posted speed limit, if anyone is on the side of the road.

And, she says as April wraps up Distracted Driving Awareness Month, motorists should also make sure not to be distracted, so they’re aware of law enforcement or other vehicles on the side of the road.