“Politicians who sit in their gilded houses and senate seats funded by the NRA, telling us nothing could have ever been done to prevent this, we call B.S.”

Emma González unknowingly created a rallying call when she told the crowd at an anti-gun rally in Fort Lauderdale, a few days after the shooting at her high school, that the students were calling B.S.

An hour and a half’s drive across the state and a week’s time later, students in Collier County were saying the same, led by another Emma – 16-year-old Naples High School student Emma Sullivan – who rallied her troops for the We Call B.S. student-led rally for gun reform.

“I was raised in this generation where we see a lot of cruelty, but we’re just getting to the age where we see how horrendous it is," Sullivan said. "And, after seeing those students at Parkland, it’s our time.”

After some student speeches, the group moved to the busy corner of US 41 and Airport Pulling Road. 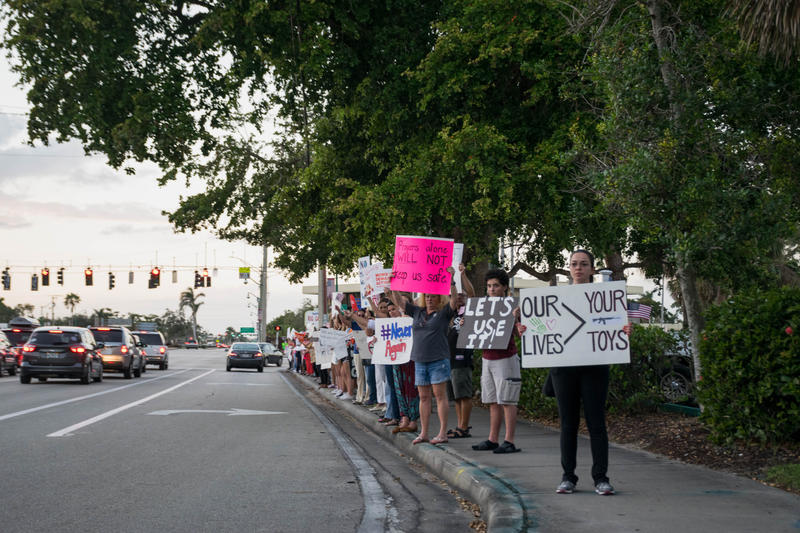 “There’s a lot of younger kids because it’s more focused on, like, us,” said Marina Coyle, a Community School of Naples student.

She attends the school with 13-year-old Skye Worland.

“I don’t know the people who personally got killed, but I know people who were friends with them," Worland said. "And, they’re doing what we’re doing right now, so…”

Skye used to live in Miami, so it was through her friends there – the ones who were friends with victims at Marjory Stoneman Douglas – that she first heard the news.

She stood beside Marina, on the front lines of the march, as Marina’s father, Cormac Coyle looked on.

“Everybody has a line, over which, you cannot sit back and take it anymore; you have to stand up and make your voice heard," Coyle said. "And, I think we’re definitely there.”

Hours before the group gathered on Friday, Gov. Rick Scott held a news conference where he called for barring people under 21 and the mentally ill from purchasing guns.

“That’s not going to protect our kids in their classrooms,” Coyle said. “I mean, what’s to stop a 21-year-old or 22-year-old doing the same thing? I mean, that’s nonsense to say that’s a solution.” 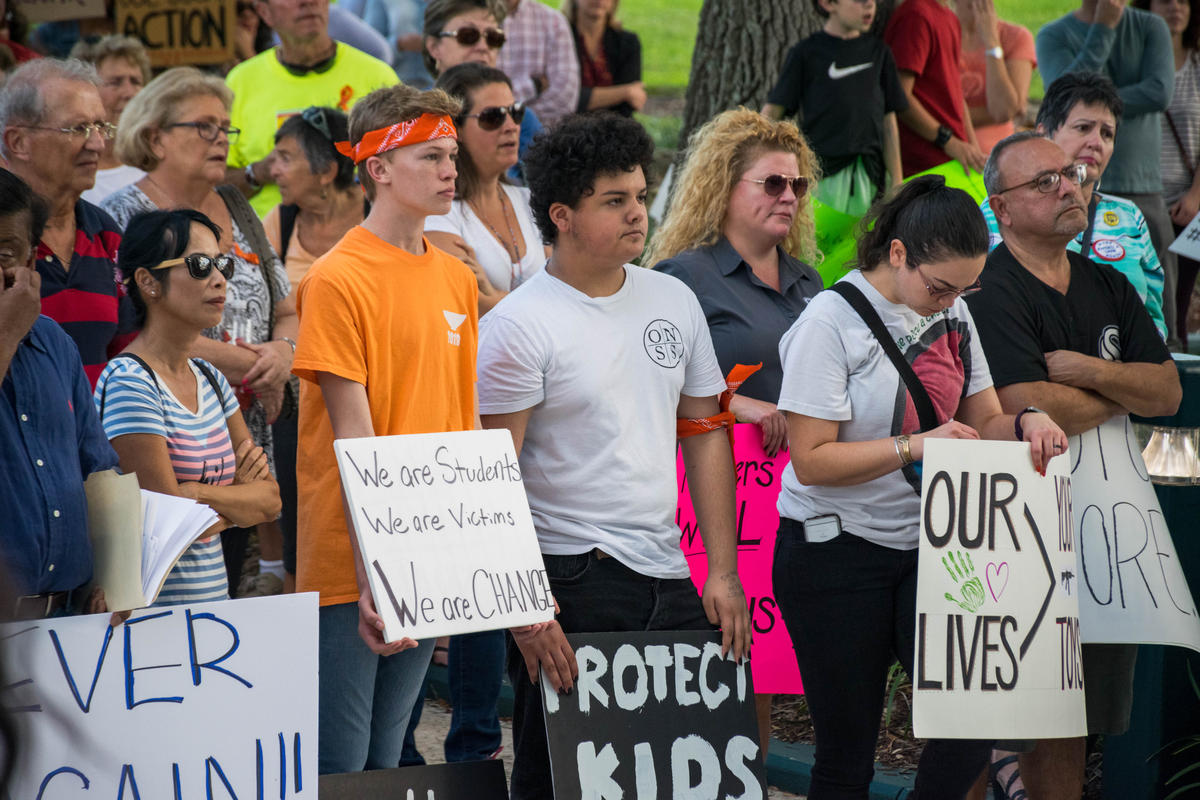 Others weren’t as sure, even with the assumed stances of their party affiliation – like the president of the Bonita Springs and South Lee County Democratic Club, Steven Blumrosen.

“It’s too complicated an issue for me," Blumrosen said. "I think I’m a pretty smart person, but I can’t find a solution. I wrote on Facebook the other day, maybe the children will find a way, and tonight, I really believe it’s possible.”

As if on cue, the children standing atop the Collier County sign borrowed another line popularized by the students of Marjory Stoneman Douglas, as they began chanting, "Never again!"

Congress Returns Amid Pressure To Act On Gun Violence

After a 10-day break, members of Congress are returning to work under hefty pressure to respond to the outcry over gun violence. But no plan appears ready to take off despite a long list of proposals, including many from President Donald Trump.

Mike Fernandez has raised millions of dollars for mostly Republican politicians, but he says no one seeking public office will get his money if they don't support gun control.

Florida's governor announced plans Friday to put more armed guards in schools and to make it harder for young adults and some with mental illness to buy guns, responding to days of intense lobbying from survivors of last week's shooting at a Florida high school.

When a gunman killed 17 people on Valentine's Day at Marjory Stoneman Douglas High School in Parkland, many of their classmates didn't grieve in silence, they spoke out.

Urgent teenage voices filled television interviews, social media, even the hallways of Florida's capitol. They have also sparked a debate over gun laws in the aftermath of another school shooting.