Earlier this month, a U.S. Supreme Court-appointed lawyer ruled against Florida in its decades-long water war with Georgia. As the court prepares to make its final decision, lawmakers are going back to the legislative drawing board. WFSU News went to the coast to see what the ruling means for the struggling Apalachicola Bay and its world famous oysters. 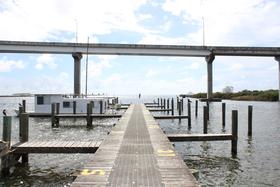 At the end of a river system that feeds booming Atlanta, and farms throughout Georgia and Alabama, sits Apalachicola Bay. The Army Corps of Engineers decides how much water flows here, where the river meets the Gulf. For years, Florida has argued it’s not getting its fair share, and the Bay and surrounding Franklin County are struggling because of it. T.J. Ward is a third generation fisherman who works at his family’s business in downtown Apalach. Over the past ten years, he’s seen the lack of freshwater take its toll, in the form of oyster predators.

“One of those are, they call them snails, but we call them oyster drills, the locals do. And they eat oysters. And they’re even cannibalistic, so when they run out of oysters they’ll eat themselves. I mean they’re devastating. That’s one thing that’s killed the end of the bay that our oyster company’s on,” Ward said.

Apalach is world famous for its oysters, which locals say are the sweetest you’ll find anywhere. But oysters aren’t just for eating. They form reefs off the coast where they filter the water, protect the shoreline, and are home to countless other fish. Franklin County Commissioner Smokey Parrish says when the oysters go, the entire ecosystem will collapse.

“So if we lose the oysters here in Apalachicola Bay my contention is we lose our estuary, we lose our trout, our redfish, our flounder, our crabs,” Parrish said.

Florida took its case against Georgia to the Supreme Court in 2014. Earlier this month, a court-appointed special master found the state didn’t adequately prove Georgia is the main culprit in the water shortage. Mark Friedman represents the Apalachicola Riverkeeper, and despite the ruling he and other advocates are claiming a small victory.

“We feel like there’s really now something to grasp on to in the special master stating that we have been harmed by the low water low and stating that the corps of engineers can do something about it," Friedman said.

Now North Florida Congressman Neal Dunn is hoping to force the Corps to send more water to the bay.

“With my friend and fellow Congressman Al Lawson I have introduced legislation to nullify the newest water control manual and send it back to the Corps for rewriting in a way that recognizes the findings of the special master regarding the very real damage done to our economies and our ecosystem,” Dunn said. 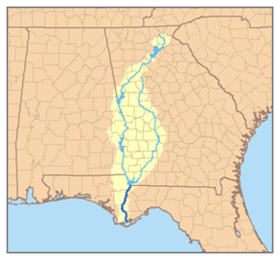 After being immersed in the water wars his entire life, T.J. Ward is exasperated, but hopeful for some kind of compromise.

“I wish that they would just come up with a plan to somehow meet in the middle. Obviously they need water just as much as we need water. That’s the main thing I just don’t understand…there’s too much politics involved in all of this,” Ward said.

But U.S. Senator Bill Nelson says lawmakers have been trying to compromise for years.

“The problem is we had it in legislation two years ago, and right at the end, when everything’s either yeah or nay, just before the congress adjourns, then a Georgia Senator or a Georgia representative will get into it and say we’re not going to let this pass. But that’s a fight worth having," Nelson said.

“If you look around there’s no ten story condominiums here. There’s no theme parks. There’s no Walmarts. There’s none of that. It’s all about protection of our environment. We put all our eggs in this one basket and we’re going to continue to fight,” Parrish said.

The Supreme Court will consider the special master’s recommendation before making a final ruling.

North Florida Congressman Neal Dunn wants to throw out a federal plan that would reduce freshwater flowing into the struggling Apalachicola Bay. The move comes after a Supreme Court-appointed lawyer ruled against the state in the decades-long water war with Georgia. The Court has not yet made a final ruling. But Dunn and his colleagues are going back to the legislative drawing board to challenge the Army Corps of Engineers.

The U.S. Supreme Court will hear Florida's lawsuit seeking to limit the amount of water its neighbor Georgia can take from a shared river system.

The court's decision Monday to hear the case was applauded by Florida officials, and marked a new chapter in the decades-long regional battle over rights to take water from the Apalachicola, Chattahoochee and Flint river system.

Environmentalists are warning wildlife officials that Apalachicola Bay is in serious trouble and will die without fresh water.