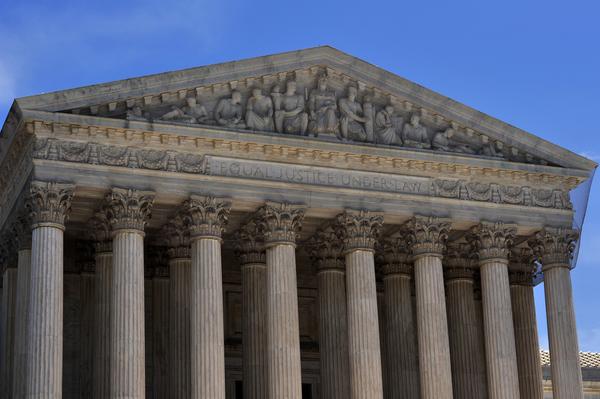 This year, the U.S. Supreme Court has taken on a litany of big cases with far-reaching implications especially for Floridians. Here are some things you need to know about how several upcoming decisions will affect the Sunshine State.

1. Florida will be most affected by the decision in King v. Burwell. The state leads the nation in Obamacare enrollment and the number of people receiving subsidies to pay for that health care coverage. So if the Supreme Court rules that federal subsidies can’t be used to purchase health insurance through Healthcare.gov, 1.3 million Floridians may lose their health coverage.

2. Currently, there is no backup plan for those 1.3 million Floridians if the court rules they can’t use subsidies on the federal exchange.

3. If the court rules against the use of federal subsidies on Healthcare.gov, it’s hard to know when it will take effect. The court could build in a transitional period for Congress to update the law, but as NPR legal affairs correspondent Nina Totenberg says, “there isn’t any consensus about how to fix it and most Republicans hate Obamacare enough that it’s not at all clear to me that there would be an acceptable fix.”

4.  Even if the U.S. Supreme Court rules in Obergefell v. Hodges that there is no constitutional right to same-sex marriage in the United States, that does not mean same-sex marriages would have to stop in Florida. Because the state is not a party to the case, the lower court decisions that opened the door for same-sex couples to marry in Florida would still stand. At that point Pam Bondi, who has challenged rulings allowing same-sex marriage, could petition the Supreme Court to take up a Florida case on the issue, which the high court could refuse to hear, which means, again, lower court rulings would stand.

5. Depending on the court's decision, same-sex marriages performed in Florida may continue not to be recognized in states like Georgia, Texas and North Dakota, where same-sex marriage is currently prohibited. That could create a lot of problems when it comes to property ownership or inheritance rights for couples.

6. Florida may have to revamp its death-penalty procedure if the court rules in Glossip v. Gross that Midazolam cannot be used as part of a lethal injection procedure. The case was born out of Oklahoma, where the botched execution of Clayton Lockett led several inmates to take legal action challenging the procedure used in the state -- a procedure that was pioneered by Florida in 2013. One of those inmates was ultimately executed using the procedure he tried to challenge. Florida has delayed several executions until the Supreme Court releases its decision since the procedure in question is the same as that used in the Sunshine State.

The Supreme Court, in King v. Burwell, will soon decide whether more than a million Floridians will lose subsidies they rely on to buy insurance on HealthCare.gov.

The Obama administration gave conditional approval Monday to Arkansas, Delaware and Pennsylvania to expand their roles in the insurance marketplaces created under the 2010 health care law, ahead of a high court decision that could wipe out federal health insurance subsidies for millions.

Nearly three in four Americans say the costs of prescription drugs are “unreasonable,” with most putting the blame on drugmakers, according to a poll released Tuesday.

The survey by the Kaiser Family Foundation found 74 percent of those taking prescription drugs find the costs unreasonable, as do 72 percent of those not taking such drugs. (KHN is an editorially independent program of the foundation.)