School’s back in session for about 3 million young Floridians. They’re settling back into the school year routine -- sharing notes, trading numbers and swapping germs.

But, as any parent knows, with school comes disease. And doctors say vaccinating kids is the best way to prevent runny noses from turning into something more serious.

“The whole idea behind giving vaccines is prevention, because if we can prevent a disease then you don’t end up in the hospital and you don’t end up dying from the diseases,” said Dr. David Berman, a Clearwater pediatrician.

“And if you can prevent a disease safely and effectively, then that’s even better, and that is why we have vaccines.”

Despite Berman and other doctors’ insistence that vaccines are both safe and effective, some parents aren’t buying it.

Toni Krehel is a Jacksonville mother of three uneasy about potential vaccination side effects. She used to vaccinate her children, but stopped after her oldest experienced brain swelling following a set of vaccinations.

She’s blunt about it: “There is no such thing as a safe vaccine.”

Back in 2001, Krehel founded the non-profit website, Kids Need Options With Vaccines (K.N.O.W. Vaccines), which provides links to information detailing the potential risks associated with vaccines. It lets parents know they have the right to not vaccinate their children.

“The fundamental issue is informed consent rights,” Krehel said. “I don’t care whether you vaccinate or not, I would never make that decision for someone, but I want the right, personally, to assess every single vaccine and determine whether or not I need it.”

Krehel is not alone. The Florida Department of Health reports that immunization rates for 2-year-olds in 2013 were at 86.72 percent, lower than the state and national goal of 90 percent.

The DOH has also has seen a rise in diseases that could have been prevented by vaccinations up to 1.2 percent in 2013. While that number may seem trivial, it is the highest reported rate since 1995.

These trends are a threat not just to our children, but to our whole society, said Dr. Greg Savel, a pediatrician from St. Petersburg. That includes elderly folks, like Savel’s 85-year-old dad and 78-year-old mom.

“They get the flu vaccine every year, but who knows how well it works on people of their age?” he asked. “So what happens is (my parents) go to a grocery store to shop and someone’s 11-year-old who hasn’t had the vaccine -- for whatever reason their parents choose not to give it -- strikes up a conversation with my parents because they’re nice people. The child coughs on my parents and one or both of them die.”

While Berman’s tale may seem morbid, it’s not far from the truth.

The Centers for Disease Control and Prevention reports that diseases that were previously rarely detected are now emerging in record numbers: most notably measles and whooping cough.

Tampa native Karrie Delaney is a mother of two and a parent advisor for Voices for Vaccines, a non-profit organization dedicated to educating and encouraging parents to vaccinate. She echoed Berman’s concerns about declining community health.

“Even if we enjoy a high nationwide vaccination rate, vaccines don’t know those borders,” Delaney said. “Your state may have a great rate but if your child’s school is only 60 or 70 percent vaccinated, and say someone travels for spring break and gets exposed to measles or whooping cough - that’s an invitation for outbreak.”

To prevent such outbreaks, Florida has laws that require children up to age 18 to receive a series of vaccinations before they can enroll, or remain enrolled, in daycare or school. The only exceptions made are for those with weakened immune systems or those with religious conflict.

Krehel argues that by forcing parents to vaccinate their children, the government is taking away an individual’s informed consent rights.

“I can’t really point you in one direction,” Krehel said. “There are lots of different directions you can go into its just not that hard to educate yourself.”

Delaney agrees that education about the issue is important.

“Having an honest discussion about the misinformation that’s out there and coming back to the research that we know, encouraging people to ask their pediatrician and their family doctors for the right information so that they can make that decision is really important,” she said.

Berman, the pediatrician, said the conversation can start in the doctor’s office.

Many parents will continue fighting immunization requirements. Some will go as far as to homeschool their children over giving them vaccines.

As for the remaining students, they’ll be rolling up their sleeves and getting their shots. 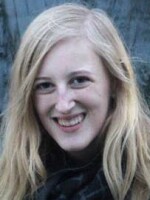 Morgan Alexander
Morgan Alexander is an intern with WUSF’s health reporting project Health News Florida. She will help scour the web for important health policy stories that impact Floridians, and she will be learning how to produce health stories for radio.
See stories by Morgan Alexander