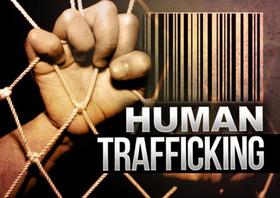 A statewide council looking to build on Florida’s current anti-human trafficking efforts is mulling over potential legislation for 2016.

Attorney General Pam Bondi leads the 15-member panel called the Statewide Council on Human Trafficking. She says with new laws on the books, Florida—one of the top states in the nation for human trafficking—is making strides from training emergency room physicians to working with truckers.

“You know, we’re dealing with the truckers and now, we’re about to partner with the truckers nationally—Truckers Against Trafficking—they named it themselves,” said Bondi. “I love that, and to help us look for the signs because where do you take a child to traffick? To a truck stop, many times.”

Still, she says there are gaps that need to be addressed, like the trafficking of young girls with intellectual disabilities.

“These victims primarily describe their trafficker as boyfriends because they don’t know any better,” added Bondi. “It’s so frightening that they don’t understand fully the dangers, but they suffer the horrific effects of being trafficked.”

“One is there is there’s very limited funding for adult victims—extended foster care is a potential area, but that’s only for children aging out of foster care obviously—that there isn’t a vetting process for adult safe houses, do we need to explore the conversation around licensure for this population, that there is very limited data on adult victims, so prevalence is extremely difficult to access and that means there are very limited funding opportunities when we can’t establish prevalence, and we really want to explore what are best practice studies when it comes to serving adult populations,” said Grabert.

“As was mentioned before, we have to do a lot more on behalf of our adult victims of sex trafficking,” Terry Koonan agreed.

Koonan is the Executive Director of Florida State University’s Center for the Advancement of Human Rights, or  Bondi calls him, “the godfather of this effort.”

Koonan says while there is some encouraging news with recent legislation, other areas require more of a focus.

“We still have to address labor trafficking, in a much more robust way than Florida has to date,” said Koonan. “And, again, a number of legislative proposals and policy proposals may meet those needs.”

Tom Kirwin is the General Counsel for the Florida Department of Law Enforcement, who says a majority of its investigations involve sex trafficking and so far, there’s some labor trafficking mixed in as well.

“The increase in Easter European populations and their involvement in human trafficking is pretty much on the rise,” said Kirwin. “We’re seeing it also in the Panhandle as well around the hotel industry. That’s mostly—at least in the Panhandle—labor trafficking, I think…starting in Panama City and going all the way to Pensacola.”

And, that’s an area another member of the panel and lawmaker, Sen. Denise Grimsley (R-Sebring), would like to focus on as well.

She’s also thinking of some other areas.

“Some of the areas that we need to address going forward is to increase access to medical services,” added Grimsley. “The most critical services for many young adult victims of human trafficking is substance abuse and mental health counseling. We also need to provide Medicaid eligibility to young adult human trafficking victims. And, part of the Council’s responsibility is enhancing the care options that are available to these victims.”

And, Rep. Jeanette Nunez (R-Miami)—who expects to carry a bill in the House—says she’s interested in seeing what issues may come to the forefront that need legislative attention.

“We’ve had multiple discussions, specifically regarding girls and boys who are developmentally disabled, and we’ve discussed in several other meetings, that we’re looking at things in a comprehensive manner because unfortunately, just as soon as we’ve passed one law, we realize there’s a gap and things need to be addressed. And, so given that our legislative timeframe is coming up very soon, I think we’ll have a lot of work to do,” said Nunez.

Meanwhile, the next meeting of the full 15-member council is September 15th. Also, in the works, a Human Trafficking Summit is set to take place October 29th to the 30th in Tampa.

While the state has made new strides in efforts to combat human trafficking, a statewide panel convened by Florida Attorney General Pam Bondi says there are still areas that need some work.

Human trafficking is the topic of a special Florida Matters show scheduled to air Tuesday, Aug. 26 at 6:30 p.m. and again Sunday, Aug. 31 at 7:30 a.m. on WUSF 89.7 FM.  A panel discussion on the issue was recorded Wednesday at Tampa's Centre Club, sponsored by the Florida Medical Clinic Foundation of Caring.

The head of Florida’s juvenile justice agency is hailing the expansion of a new tool to help in the state’s anti-human trafficking efforts.