Senate Plan Could Lead To Hundreds Of Death Penalty Appeals 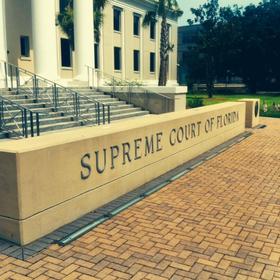 Florida Senators have teed up a change to the state’s death penalty rules now heading to the chamber floor. It comes two years after a U.S. Supreme Court ruling declaring the previous system unconstitutional.

When the nation’s high court ruled Florida’s death penalty scheme unconstitutional it didn’t quite upend the whole system. That’s because the ruling only applied to cases decided after 2002. But what about those convicted before that time?

“Senate Bill 870 requires a jury vote for a death sentence must be unanimous and that the unanimity requirement is applied retroactively to all death penalty cases," Democratic Sen. Randolph Bracy told the Rules committee.

His proposal would allow people convicted prior to 2002 to challenge their cases. Why that year? That's when the court decided another case, Ring v. Arizona, which was used as a basis to challenge Florida's death penalty. Under the old system, all that was required to sentence someone to death was a simple majority. The new system requires a unanimous vote. And Bracy’s prush to extend the same considerations to people convicted before 2002 is supported by Republican Senator Jeff Brandes. For him, it's a matter of equal application of the law.

“At the end of the day, the standard should be the same no matter when the penalty was applied, and this bill seeks to rectify that. It’s the right bill at the right time. We need to address this issue. It’s a travesty in the state of Florida that we don’t have a consistent standard for the death penalty.”

But there are caveats. According to the Florida Department of Corrections, there are presently 350 people on death row, and an unknown number of those are already entitled to review by the Florida Supreme Court. Bracy’s proposal could open all cases to review.

Earlier this week the Florida Supreme Court rejected nine death penalty appeals because the person was convicted prior to 2002. The News Service reports at least 80 similar cases have been rejected since the 2016 U.S. Supreme Court ruling.

Already, the Florida Supreme Court has rejected more than three dozen appeals involving death row inmates, who received their sentences before 2002 and did not require unanimous juries. A panel of Florida lawmakers is now trying again to make a fix to that part of the state’s death penalty process.

The Florida Supreme Court on Friday turned down appeals by 10 longtime Death Row inmates, as it continued rejecting batches of similar cases.

The Florida Supreme Court on Friday turned down appeals by 10 longtime Death Row inmates, as it continued rejecting batches of similar cases.

The court has rejected 80 such appeals during the past two weeks in eight batches. Like the earlier cases, Friday’s rulings involved Death Row inmates who were sentenced before a 2002 cutoff date.

After issuing another batch of 10 rulings Friday, the Florida Supreme Court this week rejected a total of 40 death-penalty appeals on similar legal grounds.

The Florida Supreme Court on Monday rejected appeals by 10 death row inmates, including a man scheduled to be executed Feb. 22 in the 1993 slaying of a University of West Florida student.