Bio-tech company Oxitec wants to use genetically modified mosquitos to stop the spread of the Zika virus. Florida Democratic Senator Bill Nelson is calling for support of the plan. 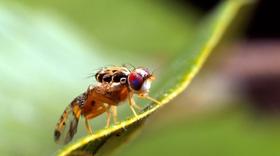 Nelson says standard insecticides won’t control the virus, which is linked to microcephaly and other pregnancy complications.

“You have to meet a crisis head-on. And if this is what it takes to eliminate that strain of mosquito, then that’s what we’re going to have to do,” he said.

Nelson is also sponsoring legislation to allocate $1.9 billion for the president’s Zika response plan. There are 105 cases in Florida, but the number is expected to rise with warmer weather.

Major League Baseball says it is moving a two-game series later this month from Puerto Rico to Miami due to players' concerns about the Zika virus.

NPR's Greg Allen tells our Newscast unit that the series pitting the Pittsburgh Pirates against the Miami Marlins was meant to honor Hall of Fame outfielder Roberto Clemente, who was from Puerto Rico. Here's more from Greg:

Florida agriculture officials are distributing mosquito traps to areas that lack surveillance for the species that carries the Zika virus.

Commissioner Adam Putnam announced Thursday that the Department of Agriculture and Consumer Services held workshops in seven counties over the last two weeks for mosquito control and health officials.

At least two Florida Republicans in Congress have broken with their party and are calling on the GOP leadership to approve $1.9 billion in emergency funding to fight the Zika virus.

Gov. Scott: Prepare For Zika Virus Like It's A Hurricane

Florida's governor says the U.S. government needs to prepare for the Zika virus like it's a hurricane.