When Monroe County held a nonbinding referendum last year on whether  to allow the experimental release of genetically modified mosquitoes, most voters said yes.

This was as the mosquito-borne Zika crisis was exploding. The Food and Drug Administration had already started to clear the way for the field trial.

But residents of Key Haven--the proposed site of the mosquito control experiment--voted against it. And the company that breeds the mosquitoes started looking for another site.

Now, scientists are trying to understand how public opposition to genetically modified mosquitoes was able to sway the proposed research in the Keys. 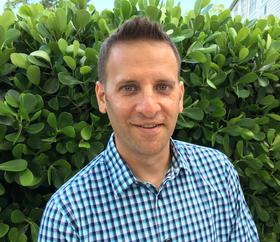 “Scientists haven’t traditionally engaged the public and put themselves out on the line in terms of trying to shape policy,” says the University of Miami’s Dr. Justin Stoler, who was one of the authors of "Public Response to a Proposed Field Trial of Genetically Engineered Mosquitoes in the United States," published in this week’s Journal of the American Medical Association.

Stoler and collaborators at the University of California analyzed thousands of public comments sent to the FDA last year about the mosquito trials. They found three quarters of the responses opposed the release of the mosquitoes--the most ardent reasons had to do with a general mistrust in science and in the government.

Stoler hopes the findings can start a conversation among scientists, especially as new technologies like gene editing show promise for public health.

“One of the things we’re most interested in is looking at the key issue of how you manage informed consent for these types of environmental interventions,” says Stoler. “How do we approach these environmental interventions, work with communities—especially where there’s some type of new science or technology being deployed that the average person doesn’t necessarily understand—and make that approachable for the general public and be able to get their support so that those vocal minorities don’t stand in the way?”

Manufacturer Responds To Concerns Over Use Of Pesticide Naled; Spraying Scheduled In Broward

A chemical used for mosquito control in South Florida has been the source of controversy in recent weeks, after a study showed it could be linked to developmental delays in infants.

While mainland South Florida ramps up its battle against the mosquito that can carry Zika, the Florida Keys has already begun the region's most intensive mosquito control operation.

This summer, scientists in California are releasing 20 million mosquitoes in an effort to shrink the population of mosquitoes that can carry diseases.

It sounds counterintuitive. But the plan is to release millions of sterile male mosquitoes, which will then mate with wild female mosquitoes. The eggs the females lay won't hatch, researchers say.

Keys Voters Have Their Say On GMO Mosquitoes

An argument that has been taking place in Mosquito Control board meetings, hotel conference rooms and Facebook comment strings finally moved to the ballot box on Tuesday.

With most of the vote in (32 of 33 precincts) the GMO mosquito question had split results.