As the uncertainty around the U.S. Senate health care bill continues, about 40 people gathered at the South Florida AFL-CIO Union Hall in Miami Springs on Saturday to demand that Senator Marco Rubio vote against it.

Organizers called the event an "Empty Chair Town Hall" to highlight that Senator Rubio wasn't there to hear from constituents in person.

According to the organizers, one of the senator's representatives sent an email expressing Rubio's regrets that he couldn't attend due to other engagements.

Gisela Gomar-Salzverg, one of the participants in the event, suffered a serious concussion last year. She collects disability but hopes to return to work. Her husband is a cancer survivor.

"We are both walking preexisting conditions," she said. "We are hoping that the government will not put us in a position where the cost will be prohibitive and that we can afford it and we can cover ourselves."

Read more: Who Wins, Who Loses With The Senate Health Care Bill Explained In A Chart

Rubio has said he's frustrated with media coverage of the Senate bill.

The amount of mis and dis-information on health care from some "think tanks" & the media is both stunning & eye-opening. 1/3 #sayfie— Marco Rubio (@marcorubio) July 9, 2017

"[The law] gives the states the flexibility to design insurance marketplaces that work," he said in a Facebook Live  video broadcasted on June 28. Rubio said the current market isn't attracting enough healthy people.

For almost two hours, attendees passed a microphone around the room, asking questions and offering suggestions, but mostly venting frustrations. Some said they thought a single-payer system is the only viable solution. Others said they were upset the Senate bill was crafted largely behind closed doors. An interpreter translated comments into Spanish.

Senator Rodriguez,  who has announced plans to run for the 27th U.S. Congressional District, acknowledges the ACA isn't perfect.

Representative Baez said that Democrats at the state level can't make significant change without more votes, and encouraged activists to channel their energy into getting more Democrats elected in 2018.

The event was organized by Florida Voices for Health, For Florida's Future, SEIU Florida, Catalyst Miami, and Miami Workers Center. 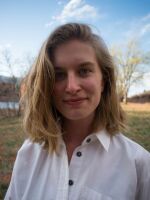 Holly Pretsky
Holly Pretsky is a Colorado native who loves riding her bike around, eating tuna sandwiches, asking questions, and climbing mountains.She discovered radio storytelling when she won second place in an informal audio essay competition her sophomore year of college. The prize: a t-shirt from the local radio station. Since then, she's graduated from Colorado College and continued reporting in Colorado Springs and now Miami. One of her favorite things is learning about people who dedicate themselves to things she didn't know existed, and being reminded how much passion there is in the world.
See stories by Holly Pretsky
Special Report
WUSF is reporting on how distribution of the COVID-19 vaccine exposes inequities in Florida’s health care system.
Read More
Class of COVID-19
Exploring the high costs of the pandemic for children and young adults.
Learn More
Coronavirus Vaccines
Want to learn more about the vaccine? WUSF and Health News Florida are answering your questions.
Ask Here
Latest Stories
Related Content