Reaching temperatures higher than the surface of the sun and carrying about one billion volts of electricity, lightning poses a serious threat to humans.

According to meteorologist Tony Hurt, eight people have died in the United States due to lightning strikes so far this year, including a 33-year-old Seffner man who was killed Sunday on a Siesta Key beach.  With half of them in Florida, experts warn residents and visitors alike to take special precaution during thunderstorms.

The climate is not the only reason the state has the most deaths. Florida’s large population and constant influx of tourists who may not be familiar with the danger increases the risk of lethal lightning strikes.

He explained that this is not the first year Florida has topped the charts of the most lightning-related deaths.

Though most lightning strikes occur during the summer, the hazard exists year-round for residents in Florida, according to Hurt. He stressed that the key to staying safe is to not be outdoors when thunder and lightning are present.

“We have a saying with the National Weather Service: ‘When thunder roars, go indoors,’” Hurt said.  “Stop all of your outside activities, seek shelter and then wait at least 30 minutes until after you hear thunder for the last time to go back outside.” 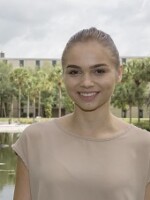