The city of Sarasota is planning to file a lawsuit against a number of major pharmaceutical companies to recover damages from the opioid crisis. City Commissioners have voted to retain two attorneys to file the lawsuit.

The attorneys are Bill Robertson with Kirk Pinkerton and Steven Teppler with the Abbott Law group. The lawsuit will be filed in federal court in Tampa against at least seven major pharmaceutical and distribution companies.

Sarasota City Commissioner Hagen Brody states that the consequences of the opioid crisis over the last few years has led to this lawsuit.

“We’ve had a huge opioid crisis in this community for decades,” Brody said. “Anything that we can claw back from the pharmaceutical companies that made profits on unscrupulous marketing and sales tactics for addictive opiates is, in my mind, something worth pursuing.”

According to the city, previous litigation revealed that manufacturers nationwide falsely stated that opioid use was non-addictive.

The city is filing its own lawsuit that, according to Brody, will be consolidated into multi-district litigation.

“We are, I believe, the first city or municipality in the state of Florida to file a suit,” Brody said. “I expect others to join. I expect to see (Florida) Attorney General (Pam Bondi) file some sort of similar lawsuit on behalf of municipalities that aren’t filing with the state itself.”

A Florida Medical Examiners report showed there were more than 5,700 opioid overdose-related deaths in the state in 2016. Governor Rick Scott declared a public health emergency last year, saying the opioid  posed a severe threat to the state.

“It’s as bad as it gets,” Brody said. “The opioid issue has literally touched just about every single person that I know. It’s an epidemic that knows no socioeconomic boundaries, no geographic boundaries.”

According to Brody, the opioid epidemic is a direct result of painkiller use.

“We’re still losing people because now that the folks that began an addiction on pain pills have now moved to street drugs to satisfy their addiction,” Brody said. “These street drugs are being cut with carfentanil, fenmol and additives that are killing people left and right.”

Brody hopes the lawsuit will lead to future policy and practice changes from the companies.

“The only way to get them (the companies) to listen is through their bottom line,” Brody said. “I am fully in support of pursuing this.” 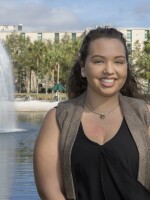