Time for a pop quiz: When it comes to health care, what's the difference between cost, charge and payment?

"Does anyone want to take a stab at it?" Sara-Megumi Naylor asks a group of first-year residents at the David Geffen School of Medicine at UCLA.

Naylor answers her own question with a car metaphor. "Producing the car might be $10,000, but the price on the window might be $20,000, and then you might end up giving them [a deal for] $18,000, so that's cost versus charge versus payment," she explains.

It might seem natural for new doctors to learn about the cost of the care they're providing, but, in fact, doctors have been taught to provide the best care possible, leaving the cost considerations aside.

Now, in a stark departure from the past, the vast majority of the country's medical schools now integrate discussions of cost, value and effectiveness into their curricula.

A recent AAMC survey finds that 129 of 140 responding medical schools offered a required course on the cost of health care during the 2013-2014 school year. Nearly 40 percent of the schools said they also present the issue in elective courses.

Among the reasons for this change: the Affordable Care Act, which is moving towards rewarding doctors for providing high-value care, not for how many tests they order or surgeries they perform.

Another reason is that many more people now have high-deductible health plans. More patients now have to pay a lot for their care before insurance picks up the tab, and that's spurring some to become cost-conscious consumers.

In Southern California, medical schools and residency programs are developing their own ways to insert cost and value into their curricula.

For instance, University of California, Los Angeles started weaving these themes into daily lessons last year, and will be doing so on a much larger scale this school year, says Dr. Reshma Gupta, who is leading the effort there.

"In the everyday teaching they get about clinical medicine, what medications to prescribe, what's the name of this diagnosis, we're going to add a layer to every discussion about the value part of that as well," Gupta says.

She says it's also important to teach students and residents how to start these conversations with older mentors. Gupta gives them a rough script.

"I value your experience and why you're saying this, but I also read this journal article that tells me that maybe we should be using this antibiotic instead of this one, or doing this test instead of this more expensive test. What are your thoughts on it?"

But getting buy-in from students can be challenging, says Dr. Paul Lyons with the University of California, Riverside School of Medicine.

"They're so busy trying to master the basics of medicine, the science and the interpersonal skills, that I think it feels sometimes like this is one more issue they're being asked to master, when they have so much on their plate already," he says.

UC Riverside medical student Isaiah Roggow got a dose of all of this while volunteering at the school's free clinic in downtown Riverside.

He recalls one clinic patient with high levels of blood protein. He says much of the time that doesn't mean anything, but a doctor recommended testing for a type of cancer.

It turned out the clinic doesn't offer that test, because of its $400 price tag. Looking back, Roggow says that would be a lot to spend for a test that could prompt more questions but give few answers.

"Most of the time, when it's a positive test, it actually means we just have to do more tests," Roggow explains. "And does that actually serve the patient at all? Now they're just worried because they have this abnormal test that stresses them out, maybe for nothing."

Roggow says it's becoming second nature for students to consider whether a test is necessary, given its price tag. And that means that in the future, they'll be better prepared when their patients start quizzing them about costs.

This story is part of a partnership with NPR, KPCC and Kaiser Health News. 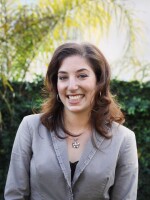 Rebecca Plevin
Rebecca Plevin was a reporter for Valley Public Radio from 2013-2014. Before joining the station, she was the community health reporter for Vida en el Valle, the McClatchy Company's bilingual newspaper in California's San Joaquin Valley. She earned the George F. Gruner Award for Meritorious Public Service in Journalism and the McClatchy President's Award for her work at Vida, as well as honors from the National Association of Hispanic Publications and the California Newspaper Publishers Association. Plevin grew up in the Washington, D.C. area and is a graduate of Northwestern University's Medill School of Journalism. She is also a fluent Spanish speaker, a certified yoga teacher, and an avid rock-climber.
See stories by Rebecca Plevin
Special Report
WUSF is reporting on how distribution of the COVID-19 vaccine exposes inequities in Florida’s health care system.
Read More
Class of COVID-19
Exploring the high costs of the pandemic for children and young adults.
Learn More
Coronavirus Vaccines
Want to learn more about the vaccine? WUSF and Health News Florida are answering your questions.
Ask Here
Latest Stories