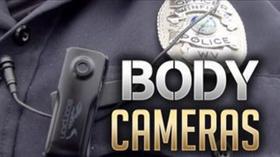 Governor Rick Scott has signed a body-camera related bill into law. But, while it has the support of Florida law enforcement groups, others continue to have reservations.

Let’s say there’s a use-of-force incident, and it turns violent when the officer and another person get into an altercation. The Florida Police Benevolent Association’s Matt Puckett says in that case, having a body camera is helpful for several reasons.

“The officer has to recount what happened with some detail: where the blow came from, who threw the blows, where each blow landed,” he said. “I don’t know how many of the listeners have been in a fight in a long time, but that’s a hard thing to recount, especially in a report, especially if there’s a potential civil suit or serious criminal charge being leveled against the suspect or the officer.”

Puckett says allowing officers to review the footage before writing a report or making a statement is crucial for accuracy and transparency. And, they will soon be able to do that under a bill just signed into law by the Governor.

“So, there’s always this apprehension that we’re trying to give some advantage to the law enforcement officer, but in reality, we’re really not,” Puckett added. “These cameras are already in cars. It’s a practice that you review your dash cam footage beforehand.”

The new law would not apply, if there’s an active crime scene or if a suspect needs to be identified right away.

State Rep. Shevrin Jones says he still has concerns. For the past couple of years, the West Park Democrat has filed body camera bills. But, this year, he didn’t sponsor the new law.

“When the PBA [Police Benevolent Association] came to me and shared with me that there was a type of body camera bill that would allow the police officers to review footage prior to it becoming public, I still have some heartache about that because nowhere in that language did it say, ‘who is watching that footage with you? How do you ensure that individual is not tampering with the footage that they’re watching?’ And, that worries me,” he said.

While the measure did pass unanimously in both the House and Senate, Jones says he was a reluctant “yes” vote.

“In good faith, I voted for it because the [bill] sponsor and the PBA—at that time—assured me that the bill did not do that, and the integrity of the process would be upheld. I don’t know how much I believe that,” added Jones. “It scares me that there are still bad actors in every sector, and I’m afraid that there could be some unintended consequences in that.”

Gov. Rick Scott on Thursday signed 34 bills into law, including a measure that will require standards for the use of police body cameras and a plan that could lead to revamping dental care in the Medicaid program.

The Florida House has voted to expand autism awareness training for law enforcement. Support for the issue amped up this session after a North Miami officer shot at an autistic man he thought was dangerous.