What The Budget Standoff In Tallahassee Means For Florida 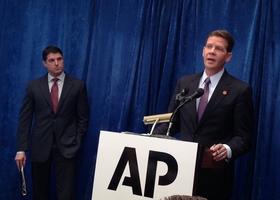 House Speaker Steve Crisafulli surprised lawmakers Tuesday when he abruptly adjourned the chamber three days before the legislative session was scheduled to end. He did so because the House and Senate are far apart on a budget plan.

The sticking point is about $5 billion in federal funding for two things: Medicaid expansion and the Low Income Pool (LIP), which helps cover hospital expenses for uninsured Floridians.

University of South Florida political scientist Dr. Susan MacManus spoke with us about what the sudden departure of the House means.

Here we have two Republican-controlled chambers that couldn’t be farther apart on the Medicaid expansion issue. Do you know what is behind Senate President Andy Gardiner’s change of heart in being willing to accept federal money for Medicaid expansion?

The two chambers represent very different kinds of constituency bases. There are only 40 senators, so the number of people that they represent is considerably larger than the number represented by the 120 House members. So they’re a little bit more moderate than are many of the House members who are in very safe districts that have not much diversity in terms of their constituency. So they come at problems very differently.

By the House leaving early, a lot of proposed bills never got votes and died. Prison reform, film incentives, water policy - a lot of stuff like that fell away when the House adjourned. Does that look bad for the House?

It looks bad for both [chambers] because what it looks like is what the public is already very, very distanced from and disgusted with: elected officials that can’t seem to come together and address key issues that are facing the state or individuals. Increasingly, Tallahassee is looking to the average person no different than Washington. So will this kind of situation affect the 2016 elections? You can bet because some of these people will be drawing opponents who will highlight the fact that the incumbents were part of an ineffective state Legislature that could not get key things done.

So we have the House versus the Senate. They never came close in budget negotiations. They will come in for a special session at some point because they have to create a budget by June 30. Who do you think will give in?

They both know they have to come to the middle, or it’s going to affect their chances of winning Florida for the Republican presidential candidate in 2016. Failure to pass a budget, which is their number one responsibility, will not be a good thing. So there’s an extremely important motive for each of them to force leadership to come to some kind of compromise. If they don’t, to me, there’s the possibilities of them being removed from office for failure to do the one thing they’re elected to do.

Listen
Listening...
/
Listen to the interview with Dr. Susan MacManus.

The annual session of the Florida Legislature limped to a premature end Wednesday amid finger-pointing and threats of possible lawsuits.

The House abruptly adjourned a day earlier, with leaders contending there was no reason to remain at the Capitol as long as they continue to have a stalemate with Senate leaders over a new state budget and health care.