A professor at the University Of West Florida is the new Alzheimer’s Association Ambassador for the Florida Panhandle. "I had never been involved in political advocacy before and it sounded like a good opportunity." said Dr. Daniel Durkin, an assistant professor of Social Work at UWF with a specialty in Gerontology. 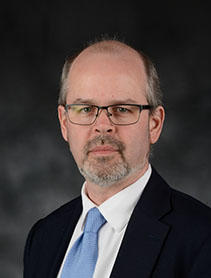 As the Alzheimer’s Association Ambassador for the Florida’s First Congressional District, he is the primary liaison from the Alzheimer’s Association to Congressman Matt Gaetz. He says that having an ambassador with direct access to congress has proved helpful over the past decade. "Congress made a commitment around 2011 to provide funding for Alzheimer's disease research. That has borne some fruit and we want to continue to see them doing it." Durkin says one of the breakthroughs of that research is the ability of scientists to identify Alzheimer's biomarkers in a patient's plasma. "This is a way for us to identify someone who has Alzheimer's before they become symptomatic, get the involved in a clinical trial, and we have several [trials] going on right now."

There is, or course, no cure for Alzheimer's, no matter how early a patient is diagnosed. However Durkin is hopeful for the future. "I'd like to believe that somewhere in a Petri dish, there sits the cure, but I do think there is realistic hope that we could prevent the symptoms from occurring."

Dr. Durkin succeeds UWF Biology Professor Dr. Rodney Guttmann in the voluntary position, and has already made the trip to Capitol Hill to talk with Congressman Gatez, as well and Senators Nelson and Cruz and other officials. He says he and other ambassadors got a good reception in Washington. "Alzheimer's is not a partisan issue. It's apolitical. There have been several bills over the past few years that have been passed on a bipartisan basis that [congress is] very, very proud of. And the indication that I have gotten from many of the politicians up on the hill is that they do not intend for that to go backwards."

Most of the lobbying efforts that Durkin and his fellow ambassadors are doing now involve getting funds for research and keeping those funds in the budget at a time of budgetary uncertainty. He says that research is vital to understanding a disease like Alzheimer’s. "The problem with Alzheimer's is that when you know one case of Alzheimer's, you know [just] one case of Alzheimer's. It presents very differently in (different) people. So demonstrating progress in it, or demonstrating that you're slowing it down is very difficult to so from a scientific perspective."

The impact of Alzheimer ’s disease touches just about everyone in society, even if it hasn’t touched your family. Durkin says the work of the ambassadors is a good step to communicate with lawmakers, but the public should also voice their concerns directly. "We all need to take an interest in this. Call your congressman. Call your senator. Make sure they are aware that this is important to you. Even if you don't have this in your family it is important to you because of the effect it can have on our economy in the future. And what I learned is that politicians really do listen to their constituents. That their constituents' voices matter to them. And the more people that call, the more people that write letters, the more people that send emails the more they are going to pay attention to you."

You can learn more about the work of the Alzheimer’s Association at www.alz.org.

Decades ago, scientists surgically attached pairs of rats to each other and noticed that old rats tended to live longer if they shared a bloodstream with young rats.

It was the beginning of a peculiar and ambitious scientific endeavor to understand how certain materials from young bodies, when transplanted into older ones, can sometimes improve or rejuvenate them.

Behind just about every senior suffering with dementia or Alzheimer’s disease is a caregiver, usually a family member, making sure they are fed and clothed and safe. But who takes care of the caregivers? To find out, WUWF’s Bob Barrett recently sat down with Margaret Jerauld, the Activities Supervisor for the Council on Aging of West Florida.

This past month has been a bit of a rollercoaster ride for Brian LeBlanc of Pensacola.

Now age 56, LeBlanc was diagnosed with early on-set Alzheimer’s nearly two-and-a-half years ago. As part of his advocacy, he’s been sharing his journey with the disease, including his latest setback and triumph involving his ability to speak.

For about a two week period in February, LeBlanc had the words in his head, but could not talk. There were some isolated words, but no sentences would come out.

There are more than 120 specialty license plates in Florida, and some Florida lawmakers are hoping to add several more to that list. It includes a “President Ronald Reagan” license plate that will also go toward helping fight the disease he had in the latter years of his life.

Fighting the Fear and Isolation of Alzheimer's

Many people consider Alzheimer's disease an unspeakable tragedy. But, with the incidence of the disease on the rise, an alliance of Alzheimer's patients, advocates and caregivers has launched a campaign to help reduce the terror and stigma associated with the illness.