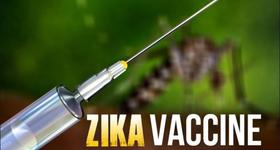 The U.S. Senate announced Thursday that a bipartisan Zika funding deal has been struck and a vote could take place next week. But, in the meantime, Governor Rick Scott has authorized $25 million to go toward researching a vaccine to combat the Zika virus.

Scott has already used his emergency executive authority to authorize about $36 million for Zika preparedness efforts.

In a Thursday release, he says the additional $25 million for a Zika virus vaccine is needed, since Congress hasn’t yet sent any funds to the state.

“The federal government needs to become a better partner,” said Scott, after Tuesday's Cabinet meeting. “They need to focus on research. They need to focus on getting a vaccine. Just think about it. This is for pregnant women. This is for the developing babies. Every day that we don’t spend money or research on a vaccine means somebody possibly is impacted by this. I can’t imagine a child being born with microcephaly and the challenges that child is going to go through during their lifetime.”

Florida now has close to 870 Zika cases. 90 of those involve pregnant women, including one officials identified Thursday.

Florida Gov. Rick Scott is using his emergency powers to direct $25 million in state money toward helping to develop a Zika virus vaccine.

Florida has added 10 new cases of the Zika virus, and the overall number of infections involving pregnant women has reached 90, according to information released Wednesday by the state Department of Health.

Why To Avoid Mosquito Bites, Even If You're Not Pregnant

Miami’s Wynwood neighborhood may be celebrating this week’s lifting of the suspected Zika transmission map, but Dr. Tom Frieden of the Centers for Disease Control and Prevention is urging people in Miami-Dade County not to let their guards down.

Listen
Listening...
/
Listen to this story

Good news for Wynwood residents and businesses: State and local officials said Monday the Zika virus is no longer being locally transmitted in the area.